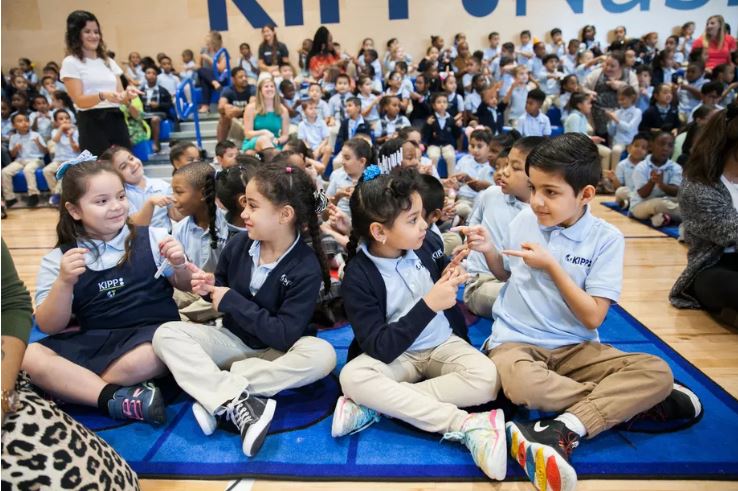 A new commission assuming oversight of charter schools across Tennessee will be led by the woman who has managed more than 30 charter appeals to the state in the past six years.

Commission members unanimously selected her from a field of 33 applicants. They plan to sign off on the hire on Aug. 26 after the terms of her contract are worked out.

The role gives Stovall broad power to shape the future of the state’s new oversight commission and set the tone for charter school expansion across Tennessee. As executive director, Stovall will recommend whether to approve or reject appeals from operators whose applications to start, renew, or amend charters are denied by local school boards. She also will serve as a superintendent of sorts for a small but likely growing crop of charter schools that were rejected by local school boards and later authorized by the state.

“The first few years of the commission are going to be critical to its success,” Stovall told commissioners in her final interview. “I also think it’s crucial for whoever steps in this role to be ready to jump into the work.”

Preparing for a seamless transition

The commission’s work will be especially relevant in Memphis and Nashville, home to most of the state’s 118 charter schools, including the three that are currently operated by the state Board of Education. But Tennessee communities in other urban and rural areas eventually could see more charter schools crop up under a 2019 law that created the commission and gives the state a greater say in the sector’s growth. Gov. Bill Lee championed the changes as a way to promote more high-quality schools and close low-performing ones.

Stovall’s selection comes with about five months to go before the commission takes over responsibilities now resting with the state board. It signals the commission’s desire to move quickly to prepare for a seamless transition in January by turning to an official with a track record of managing the complexities of state charter school law since 2014.

Stovall, who has a bachelor’s degree from George Washington University and a master’s degree from the London School of Economics and Political Science, designed the infrastructure for the new state-run charter district and has become a national expert on charter authorization.

She wants the new entity to serve as a model for local school districts that consider charter applications and says the state Board’s work can serve as the foundation.

‘She built the plane’

Stovall’s state-level policy experience gave her the advantage over the other two finalists: Jerry Sanders, a Memphian with 18 years of local and network charter school experience, including stints with KIPP; and Ben Schumacher, executive director of Teach for America in Nashville and Chattanooga and a former charter school teacher with Valor Collegiate Academies in Nashville.

“She built the plane, so she ought to fly it,” Commissioner Derwin Sisnett said of Stovall in his evaluation of the candidates.

Early in the search process, Sisnett and Commissioner Terence Patterson, appointees from Memphis to the nine-member commission, called for a diverse pool of candidates representative of students of color who are primarily served by charter schools. Sisnett noted Wednesday that, while Sanders was the only Black finalist, Stovall also represents diversity.

“It means a lot for our state to have Tess, as a woman, as our inaugural leader,” he said.

The commissioners, who began meeting in February, frequently said their most important decision would be hiring the right person as executive director. The job will require hiring a staff of up to 10 people and engaging with local charter and district leaders as well as state lawmakers and the governor’s office. In June, the commission relaunched and widened the search for a leader after being disappointed with the first round of candidates.

Another matter to be addressed quickly will be setting budget priorities. The governor has directed all state agencies to identify spending cuts because of the economic slowdown sparked by the coronavirus pandemic.

Commission Chairman Tom Griscom said he wants to bring Stovall into that process as soon as next week.