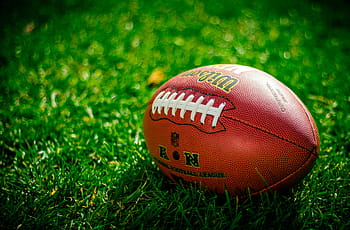 Flashback to the 1940s in San Diego. A seemingly innocent young boy hangs by the downtown movie theater, waiting for the right moment to sneak past the usher and snag a seat to watch the film.

A little over twenty years later, that young boy would sneak into some of the most famous parties and sporting events, earning himself the title of one of the world’s greatest gatecrashers.

What started as a childhood stunt manifested into a lifestyle that led Dion Rich to party at the Playboy Mansion, attend the Academy Awards, enter World Series games, the Kentucky Derby, America’s Cup races, and 35 Super Bowl games. All without an invitation or ticket.

So, how did Rich manage to sneak into the nation’s most-watched sporting event 35 times?

A combination of the three C’s: confidence, connections and costumes.

Growing up, Rich had always known how to work a crowd and spew a good story, according to his friends who were interviewed for a Rolling Stone feature on Rich in 2015. When he walked into a room full of people at a high-profile event, Rich assumed the part of a person on the guest list, acting like he was supposed to be there.

That type of unfaltering confidence and charisma is what led him to make friends with people who were in the right industries and have the guts to stride into prominent events without hesitation or doubt.

Back in the 60’s, Rich owned a few bars in San Diego, one of which was located near the Chargers’ practice facility. Over time, Rich’s bar became the go-to spot for players, coaches, and team managers. After a game, the Chargers and the opposing team would gather at Rich’s bar for a drink.

This was Rich’s first ticket into the world of football.

Using his supreme confidence and charm, Rich became close friends with Chargers coaches and players. Soon he was catching a ride with the team and watching games from the sidelines.

He also became close with some of the visiting teams’ coaches and players, establishing connections with some of the Kansas City Chiefs players. One of those players gave him a Chiefs jacket.

In 1967, the Kansas City Chiefs were playing the Green Bay Packers in Super Bowl I in Los Angeles. Rich was determined to go to the game, so he found out where the Chiefs were staying and where the buses were going to be parked. On the day of the game, he put on the Kansas City jacket the Chiefs player had given him and walked onto the bus, pretending to be a part of the crew.

As Rich stood on the sideline with the Chiefs and watched the Green Bay Packers score another three touchdowns during the second half, he ditched the Chiefs jacket and headed to the Packers’ locker room. After the Packers won the game, Rich jumped on the podium, standing next to Packers coach Vince Lombardi as he was being handed the championship trophy. That was the moment he decided he would get to every Super Bowl.

As the years passed, Rich’s costume of choice and plans for sneaking into the games became more elaborate. Rich wore wigs, bifocals, fake moustaches and beards while dressing as NFL assistant coaches, security guards, officials and waiters to enter the stadium without any questions asked.

For ten years, Rich bypassed NFL security unnoticed. By 1978, however, his stealth streak had ended, as the NFL started to recognize Rich’s face appearing in pictures during the trophy presentation on the field. That year, the NFL issued an APB on Rich.

That didn’t stop him from hitching a ride on the Bronco’s bus and hanging on the Denver sideline.

Rich eyed the game for the winning team just like he did while watching the Packers beat the Chiefs in 1967. When a Cowboys victory seemed clear, he switched sidelines, positioning himself in the center of the excitement as the Cowboys rushed the field. The perfect spot to lift up Cowboys head coach Tom Landry with defensive lineman Larry Cole for a winning photo.

In 1989, at Super Bowl XXIII in Miami, Florida, the NFL security team confronted Rich as he tried to get onto the field after the game. Even after his run-in with the authorities, however, Rich continued to sneak into the games over the next ten years, surpassing the NFL’s increased security post 9/11 at Super Bowl XXXVI in New Orleans.

Now, 53 years after crashing Super Bowl I, Rich is 90 years old. With sportswriters Charlie Jones and Bill Swank, Rich wrote a book, “The Life of Dion Rich: Live Like a Millionaire With No Money Down,” recounting some of his most exciting adventures sneaking into the Super Bowl and other high-profile events. While he no longer sneaks into the biggest sporting event of the year, he still tunes in to watch.

In a 2015 interview with Rolling Stone, Rich said, “I miss the thrill of getting away with it. Doing something that no one is capable of doing. People don’t know how easily you could do it, if you have the expertise. But after the NFL put the sting on me and 9/11 and all the security – and I say this with all sincerity – I could not do today what I did back then.”