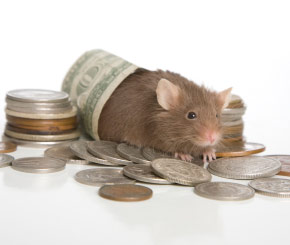 It’s an open secret in the genetics community: Many researchers who create mouse models of disorders keep them inside the walls of their own laboratories, sometimes for years. Faced with this competitive disadvantage, other researchers usually stay away from projects related to the mice.

But for one hot mouse model related to a rare autism syndrome, an advocacy group of about 600 families is hoping to clear up the logjam. The organization is dedicating a chunk of its limited resources to the creation of a freely available version, hoping to spur more basic research — and, ultimately, treatments.

The mutant animals carry a duplication of UBE3A, a gene within the chromosomal region 15q11-13. Deletions or mutations in UBE3A cause Angelman syndrome, which is characterized by developmental delay, seizures and a happy demeanor. Duplications of the region lead to a syndrome characterized by poor muscle tone, stunted growth, cognitive disability and, often, autism.

Last year, Matthew Anderson’s team at the Beth Israel Deaconess Medical Center in Boston debuted mice carrying duplications of UBE3A. These animals made a splash in the autism community because they showed the three core symptoms of the disorder: social deficits, abnormal communication and repetitive behaviors.

In the months that followed, several other researchers asked to use the animals. Worried about being scooped on his research and losing funding as a result, Anderson declined to share.

This constraint concerned the Dup15q Alliance, an advocacy group that promotes awareness of the 15q duplication syndrome.

The group’s leaders typically organize conferences for scientists and families and don’t fund research. But given the potential of the new mice, they decided to change course.

The organization has a small operating budget, with about $300,000 in the bank. In February, after establishing a peer-reviewed grant application process, it awarded two researchers — Scott Dindot of Texas A&M University and Larry Reiter of the University of Tennessee Health Science Center in Memphis — a total of $40,000 to create a second model of the duplication.

“We knew Matt had developed something good, and we just wanted to get more of it out there, to unblock the choke in supply,” says Guy Calvert, research chair of the alliance, who has a daughter with the syndrome. “We didn’t want to feel that critical research was being held up for any reason, because time is so important to our families in terms of getting treatments out there.”

Sharing mutant mice isn’t as easy as boxing them up and shipping them out. Researchers must first navigate their institution’s intellectual-property policies and make sure that the animals are free of pathogens.

The mice are a unique resource and offer a competitive advantage that researchers are loath to give away — particularly in this era of tight research budgets.

Researchers often invest years and thousands of dollars in creating mouse lines. “The mouse colony costs run us probably more than $100,000 a year,” Anderson says. “It’s a major, major investment, and I’m sacrificing other things to do that.”

Once they’ve created the mice, researchers obviously want to derive as much benefit from them as possible. “The experiments that I have planned could completely overlap with the experiments of other people who might get it,” Anderson says. If another group scoops him, he adds, it would be difficult for him to get a grant to pursue his project.

Anderson has submitted an application based on the mice for a National Institutes of Health R01 grant — a multi-year award given to fewer than 20 percent of applicants. If he gets the funding, he says, he will feel less pressure and will send the mice to The Jackson Laboratory, a nonprofit animal repository in Bar Harbor, Maine. If the grant reviewers ask for additional experiments before they make a decision, however, he says he will further delay sharing. Decisions are expected in September.

In the meantime, Dindot’s group is creating mice in which the UBE3A protein can be expressed selectively in different brain regions or cells. Researchers will also be able to control the timing of expression, to study the protein’s effects in early development versus adulthood, for example.

Dindot is interested in UBE3A’s natural imprinting, a biological process in which one copy of the gene is silenced. Many autism-related disorders stem from imprinted genes, leading some researchers to propose that imprinting contributes to autism.

Reiter plans to use the mice to look at the gene’s role in the cerebellum, a brain region involved in coordination and movement. Some individuals with autism show structural differences in the cerebellum, and Reiter’s previous work has shown that fruit flies lacking UBE3A show abnormal licking behaviors, which are controlled by the cerebellum1.

The mice are expected to debut by early 2013. The alliance stipulated that once Dindot and Reiter publish a paper describing the mice, they would make the animals available to other scientists.

One of these eager researchers is Benjamin Philpot, associate professor of cell and molecular physiology at the University of North Carolina. “It’s a great idea because this new line will have advantages in the temporal and regional specificity of the duplication,” Philpot says. “That’s an area that’s becoming increasingly more relevant for autism studies.”

Philpot says he would like to study the effects of too much or too little UBE3A in different types of brain cells.

The sharing of mutant mice has been vital in his own career, Philpot says. In a much-talked-about paper published last year in Nature, his team reported a potential treatment for Angelman syndrome, a cancer drug that can activate the silent copy of UBE3A. To do the work, he relied on mice Dindot developed while in Art Beaudet’s laboratory at the Baylor College of Medicine2.

“It’s a great example of why you want to let things go, and what can come from that,” Dindot says. “I understand that we live in a competitive world. But when you hold reagents back, you impede science.”