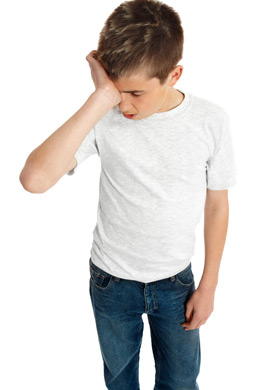 Risperidone, the first drug approved for children with autism and the most widely used, improves some children’s behavior but can have severe side effects, suggests an informal analysis of the drug’s use.

The drug effectively treats the explosive and aggressive behavior that can accompany autism. “It has pretty big effects on tantrums, aggression and self-injury,” says Lawrence Scahill, professor of pediatrics at the Marcus Autism Center at Emory University in Atlanta, who has conducted clinical trials of risperidone. The change can be dramatic, he says, taking effect in a matter of weeks.

It has also been shown to reduce hyperactivity and repetitive behaviors, though the Food and Drug Administration has not approved it for those purposes1, 2.

Through these effects, risperidone allows children with autism to benefit from social services, educational programs and behavioral interventions, experts say.

“If you can’t sit still during speech therapy, you’re attacking the teachers, you’re not going to be able to take advantage of it,” says Christopher McDougle, director of the Lurie Center for Autism at MassGeneral Hospital for Children in Boston, who has studied risperidone use in children and adolescents.

But risperidone also has significant drawbacks and limitations. Not all people respond to it, symptoms often return when the drug is discontinued, and it doesn’t improve many of the core behaviors associated with autism.

In other words, risperidone is “not a cure for autism,” says Benedetto Vitiello, chief of the Child and Adolescent Treatment and Preventive Intervention Research Branch at the National Institute of Mental Health. “It doesn’t really go to the core symptoms of autism.”

More worrisome, however, are the side effects, the most significant of which is weight gain from an increased appetite. Children taking risperidone gain an average of 6 pounds within eight weeks of taking the drug1, 3. The drug can also cause drowsiness, hormonal changes and, in rare cases, involuntary movements.

If he were prescribing risperidone for a child with autism, says Scahill, “I would use as low a dosage as I possibly could and I would periodically see if I could take him off.”

Although numerous studies have documented risperidone’s risks, efforts to find safer alternatives have so far come up short.

Aripiprazole, the only other drug approved to treat irritability in autism, has similar side effects. (The FDA approved it for children with autism in 2009.) And a clinical trial designed to evaluate the safety and efficacy of an extremely low dose of risperidone yielded disappointing results last year.

Risperidone is an antipsychotic that blocks the brain’s receptors for dopamine and serotonin. It was initially developed to treat schizophrenia. The U.S. Food and Drug Administration (FDA) approved risperidone for schizophrenia in 1993.

Older antipsychotics, most notably haloperidol, also work by dampening dopamine activity. Before risperidone came on the market, these drugs had often been prescribed to treat severe behaviors in some people with autism, such as temper tantrums and self-injury, symptoms often lumped together as ‘irritability.’

After risperidone’s approval for schizophrenia, researchers began to investigate its usefulness for autism. “The idea is that maybe we would be turning down the child’s tendency to overreact, to be able to give them another second or two before they erupt or become aggressive or self-injurious,” Scahill says.

In 2002, a randomized clinical trial of children with autism between 5 and 17 years of age showed a 57 percent reduction in tantrums, aggression and self-injury after taking risperidone, compared with a 14 percent reduction in children taking a placebo3. Among the children who responded positively to the drug, nearly 70 percent still showed improvements after six months of taking it.

In October 2006, the FDA approved risperidone to treat irritability in children with autism between 5 and 16 years of age.

This January, researchers published a new analysis of the 2002 data, in which they classified the participants by the type of aggressive behavior they showed — hotheaded aggression in response to provocation versus unprovoked aggression, for example. Risperidone significantly improved symptoms in all these subgroups, the researchers found4.

The challenge is to figure out how to maintain these benefits while minimizing the risks.

Last year, scientists at Janssen Research and Development — a sister company of Janssen Pharmaceuticals, Inc., which manufactures risperidone under the brand name Risperdal — published the results of a study designed to determine whether a low dose of risperidone reduces irritability in children with autism.

Researchers randomly assigned children with autism to one of three groups. Each day for six weeks, one-third of the children received a standard dose of risperidone, one-third got a dose lower than the FDA’s recommended minimum, and the final third received a placebo.

The lower dosage did decrease several side effects, including sleepiness and increased appetite, the researchers reported in a 2013 paper5. Unfortunately, the dose was no more effective than a placebo in alleviating irritability.

“It’s a tradeoff between what benefits you’re expecting [and] the risks for the specific patient,” says Gahan Pandina, senior director at Janssen Research and Development.

The researchers also found that after six weeks of taking a standard dose of risperidone, children had greater increases in insulin levels and insulin resistance than children taking a placebo.Weight gain and the resulting metabolic problems are side effects of nearly all antipsychotic drugs, but rapid weight gain can be especially worrisome in children.

“It’s the cumulative impact,” says Jeremy Veenstra-VanderWeele, medical director of the Treatment and Research Institute for Autism Spectrum Disorders at Vanderbilt University in Nashville, Tennessee. “You may change the body shape or body fat distribution in a child for the rest of their life.”

Risperidone can also cause fatigue and drowsiness. In a 2011 paper, Shafali Jeste and her colleagues reviewed the medical records of 70 children with autism treated with risperidone6. They found that these records mentioned sleepiness less frequently than weight gain, but the former is often the reason that families take children off the drug.

“Unless it’s severe, most parents are willing to put up with some weight gain as long as their child’s behavior is better,” says Jeste, assistant professor of psychiatry and neurology at the Center for Autism Research and Treatment at the University of California, Los Angeles. Sleepiness, which can interfere with school and therapies, is “a pretty quick deal-breaker.”

Risperidone can also cause a less common side effect called tardive dyskinesia, or involuntary repetitive movements.

Like many antipsychotic drugs, it also increases levels of prolactin, a hormone secreted by the pituitary gland. High levels of the hormone can have a feminizing effect, causing breast development in boys and lactation in girls, as well as problems with menstruation and sexual dysfunction.

Risperidone’s side effects have been the focus of several lawsuits. By the end of 2013, 500 plaintiffs had filed lawsuits alleging that the drug had caused personal injuries, according to Johnson & Johnson’s annual report. Johnson & Johnson is the parent company of Janssen Pharmaceuticals.

“Janssen intends to defend the company against the allegations made in these lawsuits,” says Greg Panico, spokesman for Janssen Research and Development. The company has “acted responsibly regarding informing physicians and the public about the risks and benefits of Risperdal.”

Last fall, Johnson & Johnson agreed to pay more than $2.2 billion to resolve claims that it had improperly marketed Risperdal and two other drugs.

In the final analysis, researchers say risperidone should be given with caution, only for children with the most serious symptoms and only after other treatments have failed.