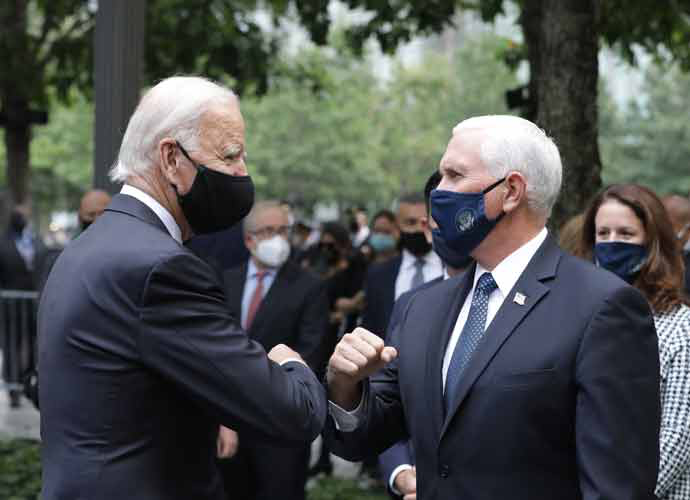 Changes to the 9/11 memorial

Every year, two blue columns of light are beamed into the air that imitate the shape of the twin towers to remember the tragedy of the terrorist attacks that occurred on 9/11. However this year, the National September 11 Memorial and Museum announced that the twin light beams would not be shot into the sky due to the Museum’s attempt to follow social distancing guidelines. Instead, buildings across the city will light up in blue. Democratic presidential candidate Joe Biden and current Vice President Mike Pence bumped elbows at the 9/11 memorial.

Usually, two columns of blue light would be shot into the air from the location near ground zero where the Al Qaeda attacks on the twin towers occurred in 2001. This signature commemoration is called the Tribute in Light. To set up the 88 lights, almost 40 stagehands and electricians work in close proximity for more than a week. The lights would turn on around dusk of the 11th and shine until the dawn of the 12th.

In addition to this, another big change of the commemoration is that the name reading by the relatives of the 2,983 victims would not occur. This was also due to concerns regarding adhering to social distancing guidelines. Instead, recorded readings of the names by family members would be broadcast. The families were also able to gather for the outdoor memorial for the name readings and the six moments of silence.

Why the changes are happening

Spokesman for the memorial and museum, Michael Frazier, said in a statement, “The world’s beloved twin beams of light regrettably will not shine over Lower Manhattan as part of this year’s tributes.” He said the decision to cancel this event was made “after concluding the health risks during the pandemic were far too great for the large crew.”

During the 9/11 memorial service at New York City, Biden and Pence greeted each other with elbow bumps. Biden and his wife, Jill Biden also exchanged elbow bumps with the Pences at the event. The Bidens, Pences, and former mayor of New York City were all present wearing masks. Many Americans saw this as a reflection of the risk of spreading the coronavirus and the deaths that have already occurred during the pandemic.

In late August, the nonprofit organization 9/11 Day wrote a letter to the Trump and Biden campaigns requesting that they honor the moratorium on campaign ads for the day. The group said that all major presidential candidates up through 2016 honored the moratorium. They wrote, “This traditional 9/11 Campaign Moratorium, originally established in 2004, has been supported by all major party US presidential candidates since the September 11, 2001, terrorist attacks, as well as by many other candidates for public office at the federal, state, and local levels.”

Biden spoke to reporters on that day saying, “Guys, I’m not gonna be making any news today. I’m not gonna talk about anything other than 9/11.” He added that “We took all our advertising down. It’s a solemn day and that’s how we’re gonna keep it. OK? We’ll get back to the campaign tomorrow.”

However, it was discovered by a Trump campaign official that several ads did air in Wisconsin and Minnesota. When questioned about this, Biden campaign officials said that the ads were inadvertently aired in those markets and they had already reached out to affiliate stations that air the ads for an explanation.

Additionally, at least one Trump campaign ad ran on Fox News and a Trump campaign official justified the ad saying, “people are voting today and our ads are patriotic.”