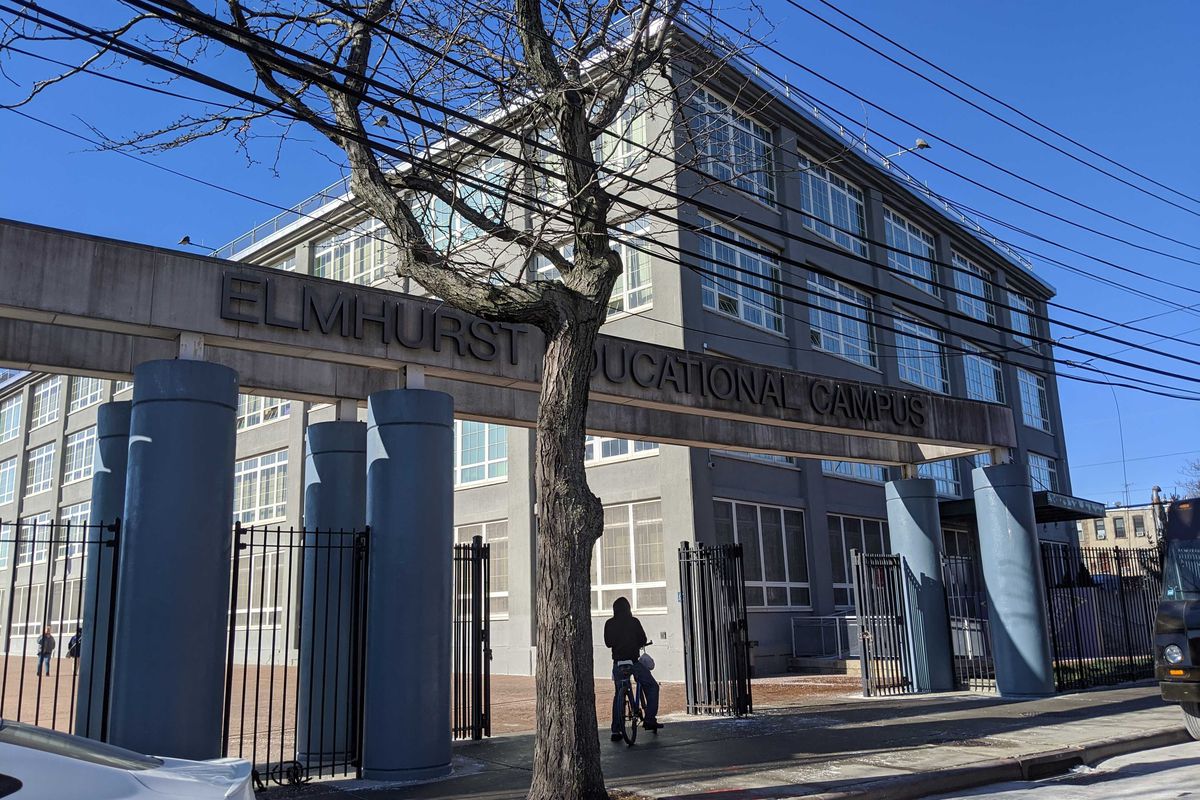 An alleged pattern of racism and retaliation at an Elmhurst school seven years ago prompted then-Manhattan U.S. Attorney Preet Bharara to sue the city Department of Education in 2016.

But the case is still fresh in the minds of local teachers — and finally set to go to trial.

The lawsuit alleges that during the 2012-’13 school year, DOE officials allowed the now-former principal of the Pan American International High School, Minerva Zanca, to repeatedly discriminate against the school’s only three black teachers — and retaliate against an assistant principal who opposed her.

At a Wednesday evening meeting of the city’s Panel for Educational Policy in Prospect Heights, Brooklyn, a handful of people — including former colleagues of the teachers — sought to highlight to Chancellor Richard Carranza the importance of the case, which heads to a jury trial in February.

“This is a case of blatant racism against teachers, that poisoned an entire educational environment,” said Peter Lamphere, a teacher who once worked at Pan American International High School. “Now, today, you have the opportunity to practice some real restorative justice and make whole those teachers who suffered emotional damage and economic harm.”

Other speakers at the meeting questioned why the DOE had not already settled the case.

A spokesperson for the city Law Department said officials did “not believe these claims can be substantiated and we’re prepared to defend against them in court.”

Zanca, who’d became principal that year, allegedly soon began targeting Flanagan and Hightower, who were both untenured. She repeatedly issued them unsatisfactory performance ratings, according to court documents.

She commented on their appearance to Assistant Principal Anthony Riccardo, saying that Hightower had “f—–g nappy hair” and looked like a “gorilla in a sweater” — and repeatedly talked about the size of Flanagan’s lips, the lawsuit alleges.

When Riccardo did not give Hightower a negative rating, Zanca accused him of “sabotaging her plan,” had him escorted out by school security and lodged two complaints with DOE against him, according to the lawsuit.

Zanca also tried to cancel two theater productions run by James, who was tenured, the suit says, claiming the budget did not include sufficient funds for the shows.

Two days before the end of the school year, on June 24, 2013, Riccardo wrote a statement outlining Zanca’s alleged behavior towards Hightower, Flanagan and James. He said he sent the letter to union representatives, fellow teachers, principals and superintendents.

The following day, Zanca gave Riccardo an unsatisfactory performance rating, according to the lawsuit.

James, still a teacher with the DOE, said what she called “astonishing” discrimination caused “tremendous pain in these last seven years.”

“It impacted my self-esteem, my ability to think about myself as professional,” she told THE CITY. “With all of this training and skill I thought I was bringing to the table, she undermined it and I just felt very sad. Sorrow and anger.”

“I had to grieve. It was like a death. The loss of my program and everything that I built up.”

Riccardo, 52 and now an assistant principal at a private high school on Long Island, said that coming forward amounted to “career suicide” and disillusioned him about education in New York City. He decided to step away from teaching for five years.

“What I realized about the DOE was they didn’t have the best interests of students,” Riccardo, who described himself as a white male. “The thing that angers me is how much they protected these people who said these comments.”

“Teaching is part of who I am and literally when this all happened it was ripped from me.”

None of the teachers named in the suit continued on at Pan American after the 2012-’13 school year.

Zanca remained principal for the following two school years, with no disciplinary action from DOE, the complaint reads. A petition to keep Zanca as principal that was circulated online counted 137 signatures.

In its answer to the complaint, lawyers for the DOE denied most of the allegations concerning Zanca’s behavior.

She no longer works at Pan American, and the DOE did not address a request for the current demographics of teachers at the school. The agency also declined to comment on the litigation.

According to the latest data from the city, the school’s student population is 98.38% Hispanic.

Both sides are now submitting filings ahead of a Feb. 4 trial date, the city Law Department said.

Flanagan, now 35 and pursuing a doctorate in Spanish linguistics at CUNY, said that by not settling the case, DOE was “still kind of just really taking advantage of us.”

“Everything I gave the school system, they just kind of ate away all of my resources and left me with nothing,” Flanagan said. “That’s kind of the way the DOE treats its teachers.”

James said she’s hoping for closure — and justice. She believes a victory would send a “clear message” that racism would not be tolerated in schools, especially from those leading them.

The article was published at Case of Queens Principal Accused of Racism Pits Feds Against City DOE.