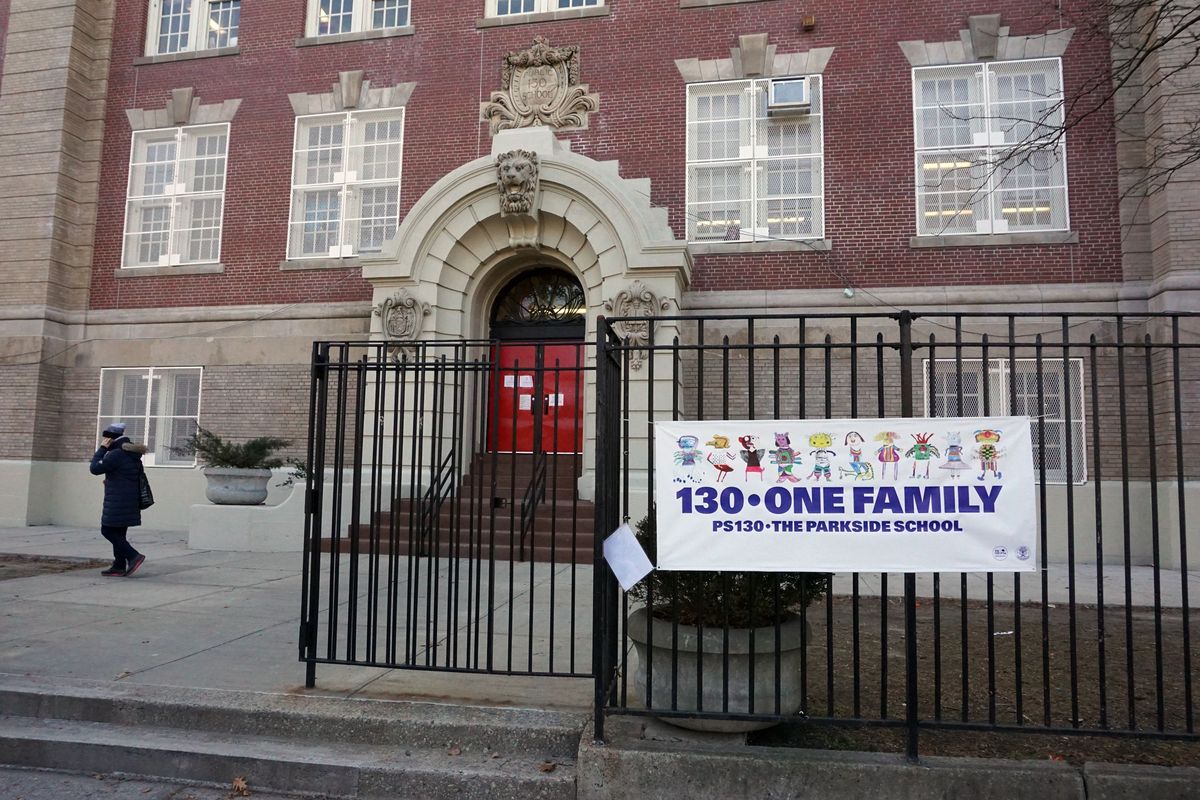 The Department of Education will for the first time screen entire grades for students who are at risk of dyslexia, as part of a trial-run that got underway this week at two Brooklyn elementary schools, officials told THE CITY.

The effort, which has been pushed by parents, advocates and some elected officials for years, will have teachers assess the reading-related skills of roughly 300 first- and second-graders at PS 107 in Park Slope and PS 130 in Windsor Terrace, both in District 15.

Nearly 75,000 NYC public school students — out of a total of 1.13 million — have been classified as having a learning disability, according to the latest education department data.

Dyslexia, which is marked by language-processing challenges that impede reading, is the most common learning disability. But parents and advocates say it’s vastly under-identified, and until recently wasn’t even a term used by city schools on special needs students’ individualized education plans, or IEPs.

“I’m very hopeful and cautiously optimistic that this goes very well at those two schools, so in the years to come it can expand to other schools and other boroughs. This should be at every school,” said Assemblymember Robert Carroll (D-Brooklyn), who has dyslexia and and who lobbied the schools chancellor for more than a year to implement the screenings at the two schools in his district.

“There’s a long way to go from here…but this is a real, meaningful step,” he added.

Education officials say they offer schools a variety of screening tools to help identify certain learning disabilities. But this is believed to be the first effort to universally screen whole grades of students for challenges associated with dyslexia, administrators and advocates say.

Experts estimate that roughly 10% to 20% of students are somewhere on the dyslexia spectrum — meaning that potentially thousands of city public school students have gone for years without proper diagnosis. The experts say early intervention offers the best chance for catching students up to their peers.

The schools will use a relatively new tool known as the Shaywitz DyslexiaScreen, developed out of the Yale Center for Dyslexia and Creativity, with a price tag for the city at $2,000.

The review requires teachers to answer 10 to 12 questions about the academic performance and language-related skills and abilities of each of their students. The process can be done without the student present, and each review takes less than 10 minutes, educators say.

According to the National Center on Improving Literacy, at least 30 states have passed legislation that mandates some level of screening for students who are at risk of dyslexia.

“Dyslexia is by far and away the major reading disability…and now we can identify who’s at risk so we know which children to focus on — and that’s a huge step,” said Sally Shaywitz, who along with her husband created the screening tool being tested in Brooklyn. “There’s a huge need to bring education together with 21st century science — and that is what this represents.”

The city’s education department has not taken a systematic approach to teaching literacy in recent decades, in part because principals were granted the power to determine their school’s curriculum and programs. Options for screening students for learning disabilities have similarly been left up to individual schools.

Over the years, the most prominent approach to literacy embraced by successive chancellors emphasized teaching the meaning of text over teaching the mechanics of reading. That approach, known as balanced literacy, worked for a significant number of students

That reality has prompted hundreds of parents to sue the Department of Education seeking tuition reimbursement each year in order to place their children at private schools that offer Orton Gillingham and other intensive phonics-based approaches to literacy.

Parents have been winning a vast majority of the cases because the city hasn’t succeeded at demonstrating that schools offer the programs or services mandated on IEPs — entitling children to city-funded private schooling that does provide the services.

However, the system for complaints about all types of special education issues is severely backlogged, typically requires the hiring of an attorney and is burdened by delays even after decisions are rendered — a state of affairs that puts low-income families at a huge disadvantage.

Last year, a group of Staten Island parents and educators helped launch the first public school in the state that caters to kids with dyslexia and other learning disabilities, the Bridge Preparatory Charter School.

A group of parents on Manhattan’s West Side is now competing for grant money to launch New York’s first traditional public school for the same type of struggling readers.

Education Department officials say thousands of teachers have been trained in phonics-based programs such as Orton Gillingham, but those trainings can be of limited duration. They’ve also hired hundreds of reading coaches and repurposed nearly 1,000 teachers to largely provide small-group reading instruction across all grades.

“We are committed to the practice of universal screening for all of our students to identify risks early and support student learning,” said Danielle Filson, an Education Department spokesperson.

Parents of students who have struggled with reading in the public school system expressed cautious optimism about the decision to universally try out a screening tool for dyslexia — along with concern about whether adequate services would follow diagnoses.

Celine Keshishian, whose 8-year-old son has been struggling with reading for the past three years, said his school in Clinton Hill, Brooklyn, has been slow to acknowledge and address his challenges.

She said she was forced to get a private evaluation of his needs last year — like many parents, she paid for it out of pocket — and wishes a screening tool had existed earlier to potentially flag his mild dyslexia.

“It would help a lot of children,” she said of the screening effort, “but only if the DOE knows they have the resources to give students the phonics or language supports they need.”

One dad whose child attends PS 130, which is part of the trial run, said he’s been frustrated by the school’s wait-it-out approach in the face of obvious reading difficulties.

But he acknowledged he’s lucky that the parent teacher association has been paying to train some of the teachers in Orton Gillingham — something he noted most PTA’s can’t afford to do.

“The early testing, that’s great — and hopefully that’s the beginning of them identifying kids in early grades,” he said.

Education Department officials said they plan to provide additional training and assistance to teachers at the two schools based on the findings of the screenings, but not necessarily a boost in resources.

“My core belief is that way too many kids are sitting in special education because they cannot read,” Rello-Anselmi said. “And I question whether it’s really the child is unable to read or has a disability or did we provide them with the right instruction early on?”

Rello-Anselmi said it will be important to ensure that screening tools don’t lead to overidentifying students for more isolated special education classes, and emphasized students with reading challenges should still learn alongside their peers who are reading on grade level.

The article was published at New Dyslexia Risk Screening at Two Brooklyn Schools — For $2,000.