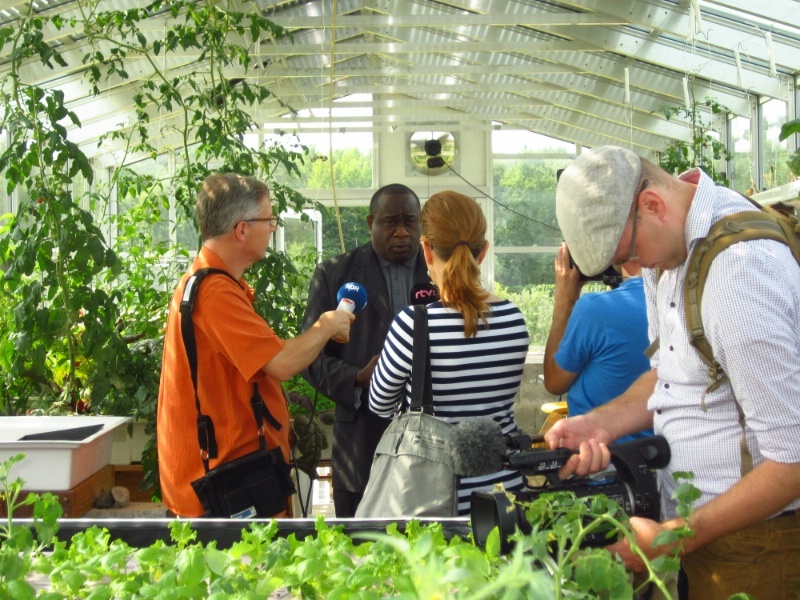 The school climate strikes show that young people want to fight climate change, but their enthusiasm for collective action is largely untapped. A volunteer conservation army could mobilise their talent and passion by channelling it into work to restore ecosystems.

The Green New Deal has encouraged people to embrace radical solutions to climate change by sharing its name and ethos with the New Deal of the 1930s. President Franklin D. Roosevelt’s New Deal was a transformation of America’s economy which put thousands to work in manufacturing and redistributed wealth to help the country recover from the Depression.

One of the first and most popular programmes of the New Deal was the Civilian Conservation Corps (CCC) – a public work relief programme that enlisted millions of young men in conservation work throughout the natural environment of the US. Reviving the scheme could prove a popular and effective way for countries to mobilise the climate strike generation in environmentally beneficial work.

During the 1930s dust storms devastated the ecology of the Southern Plains in the US. Severe drought and a failure to apply shallow plowing to prevent wind erosion created the Dust Bowl, which forced tens of thousands of poverty-stricken families to abandon their farms, unable to pay mortgages or grow crops.

Doing “the kind of public work that is self-sustaining” in the president’s words, CCC members planted more than 2 billion trees on more than 40 million farm acres between 1933 and 1942. These trees acted as wind breaks and helped bind moisture in the soil – halting the erosion that caused the Dust Bowl. Members also built flood barriers, fought forest fires and maintained forest roads and trails.

By enlisting three million men aged between 18 and 25, the CCC helped restore and repair ecosystems throughout the US with hundreds of projects in forestry and conservation. The CCC made many Americans mindful of the sustainability of timber, soil and water for the first time and introduced them to the efforts needed to ensure their preservation.

Today, most people are aware of climate change, pollution and biodiversity loss. Through the internet, promoting awareness is certainly easier than in Roosevelt’s era. But the environmental problems themselves are more serious and will require radical changes in society and the economy to overcome. Leaving behind the programme’s legacy of racial segregation, a modern CCC could mobilise any young person who wants to get their hands dirty fighting climate change.

A modern volunteer army of conservationists could get to work in every country, adjusting their efforts according to the environmental needs of each setting. The first task set could be in environmental monitoring – collecting data on pollution and wildlife abundance. These surveys would provide invaluable information about the health of ecosystems and how they are changing.

Ecosystems could then benefit from projects which reintroduce species and restore habitats. Mass tree planting could absorb atmospheric carbon and provide new habitat for returning wildlife. Wetlands – coastal ecosystems which protect against sea level rise – could be expanded with vegetation which would also create sanctuaries for migratory birds. Reintroduced beavers and other ecosystem engineers could act as animal recruits who create new habitats, such as dams and lakes, which allow even more species to thrive.

Planting trees around river banks in particular provides a food source for aquatic organisms and provides nutrient input to the system. Volunteers could build fencing around freshwater environments to prevent livestock entering the water and transferring organic material and fertiliser from the surrounding fields into the water. This can cause eutrophication which strips oxygen from the water, eventually causing mass dead zones in coastal waters where nutrient-loaded water is discharged.

Legions of litter pickers in parks and on beaches could significantly reduce the amount of plastic pollution which reaches the ocean too. Volunteers could be trained to test water quality and take an active role in monitoring pollution and local sea life.

In rural areas, building drystone walls without mortar encourages mosses and lichens to grow and provides nooks and crannies for birds, toads, newts and insects to set up home. For every tonne of cement manufactured and used in a traditional wall, approximately a tonne of carbon dioxide is released into the atmosphere. Building new infrastructure which uses as little as possible or entirely different materials could be another task for volunteers.

As well as being rewarding and educational, young people taking part in the scheme would develop transferable skills. Working in nature has a positive impact on wellbeing and participants would also benefit from a healthy dose of exercise.

The New Deal of the 1930s sought to tackle an environmental crisis while reorienting the American economy to delivering social justice. Today’s Green New Deal could harness the same ethos, but to more ambitious ends, with a socially inclusive CCC that restores ecosystems and fights climate change.

The article was published at National service for the environment – what an army of young conservationists could achieve.