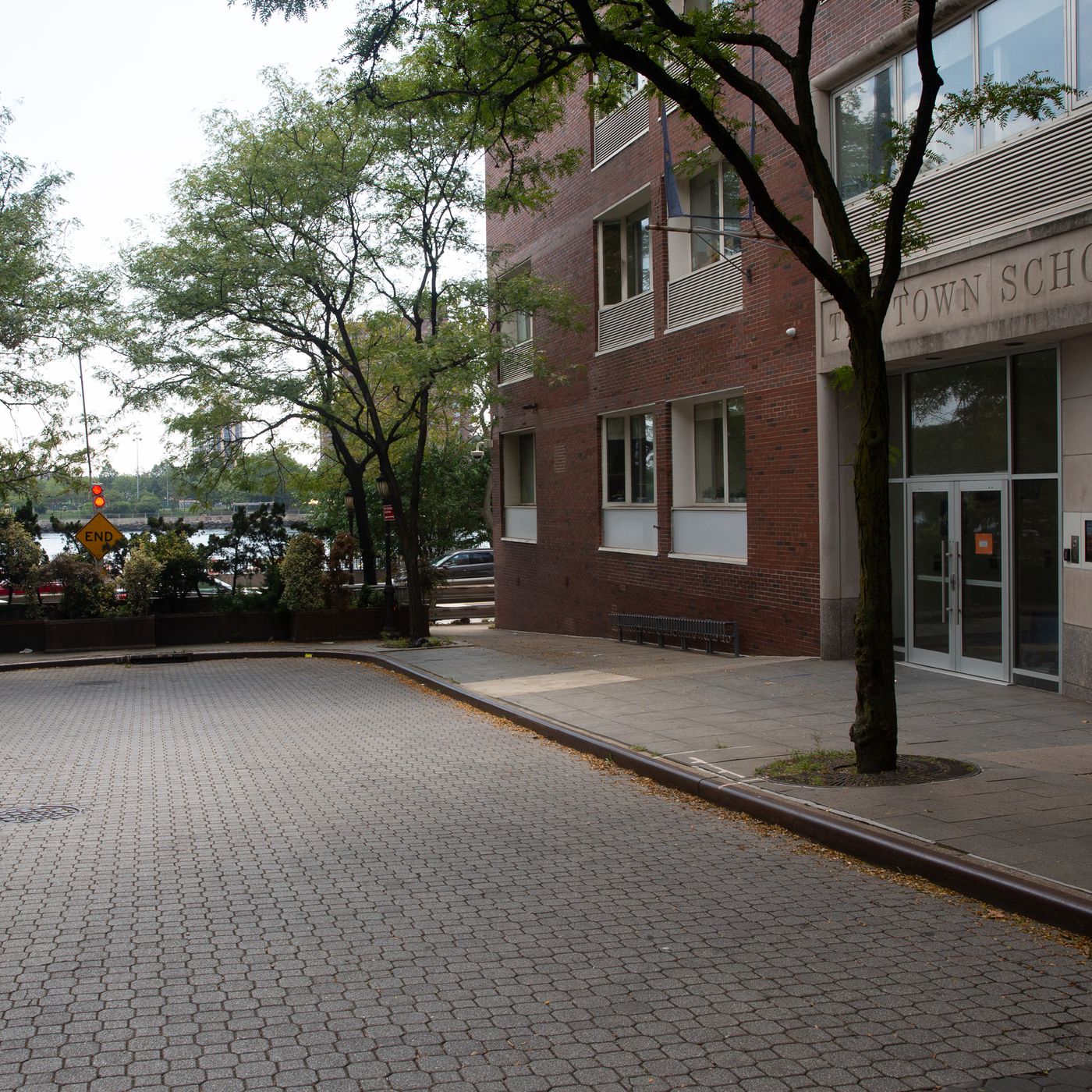 On the Upper East Side, two private schools hoped to use part of a dead-end block for less than six hours each weekday to help students keep a safe distance.

In Brooklyn Heights, the Saint Ann’s School eyed using local parks and streets for its kids. And on the Lower East Side, public school officials submitted plans to the city Department of Transportation to utilize adjacent streets to help keep students spread out.

But with less than a month before school begins, none of them have gotten the go-ahead — and with about 736,000 public school students set to start the school year with in-person learning, the city is no closer to making a plan for allowing students to use New York’s most readily available public spaces: streets and parks.

On the Lower East Side, school administrators were told in an Aug. 3 letter from the DOT obtained by THE CITY that they would not get an answer for their plans to use space on public streets until late October — more than a month into fall.

To Naomi Peña, a parent to three public school students in the area and president of District 1’s Community Education Council, the city needs to move faster so schools can plan.

“We’re going to have to undo a lot of stress that has happened since March,” she said. “If we’re going to create some sort of normalcy with the kids or with the families, we have to do it from the very onset.”

In Brooklyn, the head of Saint Ann’s, Vince Tompkins, wrote to parents in a memo last week that the pre-K-12 school had made “multiple direct and third-party inquiries with the Department of Transportation throughout the summer to request street closures during school hours” — with no success.

“We have been told such permits are not available and that there is as yet not even a process in place to request them,” he wrote in the August 6 email.

Tompkins told THE CITY he knows the transportation and parks agencies are “doing all they can under trying circumstances.”

“Both public and private schools await clearer policies that will make outdoor spaces available to schools in an equitable way at a time when outdoor spaces are a much needed feature of K-12 education,” he said by email.

A parent at Saint Ann’s said the lack of information is “shocking.”

“Maybe this doesn’t work, maybe it can’t work. But for God’s sake, if we can figure out a way to let people drink outside, you should at least be contemplating a way for people to get educated outside,” he said.

On East 76th Street in Manhattan, a similar attempt to use outdoor space went nowhere this summer.‘If we can figure out a way to let people drink outside, you should at least be contemplating a way for people to get educated outside.’

Tony private schools Lycée Francais and The Town School are near neighbors on the south side of the quiet street that dead-ends at the FDR Drive. Last month, the two schools teamed up to present a plan to Manhattan Community Board 8: They wanted to use a portion of the block, from 9 a.m. to 2:45 p.m. on school days, for recreation while they use their gyms and cafeteria as classroom space.

Lycée Francais and The Town School were ready to split the cost of a crossing guard, and promised to stay in constant contact with the schools’ neighbors to make sure vehicles could get in and out. But dozens of East 76th Street residents showed up to the virtual board meetings to voice opposition — and the board ultimately voted down the idea on July 15.

The advisory vote was reported to the DOT, which typically gives deference to a local board when considering street plans.

A representative of Town School did not reply to an inquiry from THE CITY.

Elisabeth King, spokesperson for Lycée Francais, said “it would have been terrific to have that extra outdoor space for recess for the students,” but the school understands “the questions raised by the community” and will make do with its existing outdoor space.

Parents, local educators and education experts have for weeks floated the idea of schools using outdoor spaces. A New York Times column last month showed 1910s-era city kids studying on a ferry, in open-air classrooms and bundled up on a rooftop to beat back tuberculosis and other diseases.

Nearly 5,000 people have signed a petition in support of the open-air concept for public schools. Some elected officials also have pushed for more outdoor spaces for schools across the city.

In Park Slope, 14 public schools have created plans to use surrounding streets for educational and recreational space, and their Councilmember Brad Lander penned a letter to the city urging action on the issue.

“A citywide system that enables schools to request closed streets, makes it easier to get permits for parks, and shared funding from schools with PTAs that can afford tents and gear, would go a long way to making access to outdoor space more equitable,” he wrote in an August 2 op-ed for Streetsblog NYC.

City Comptroller Scott Stringer, too, has pushed for schools to hold as many outdoor classes as possible. He said the DOT’s timeline for a response to schools’ requests is “absurd.”

“Parents, children, and educators need a real vision for using outdoor space as part of a safe reopening of our schools, and the city has failed to deliver the guidance and creativity they deserve,” he said in a statement on Tuesday. “The city needs to act with urgency and stop being fearful of any outside-the-box thinking.”

Representatives of the Parks Department and the Department of Transportation declined to comment, deferring instead to the mayor’s office.

Mitch Schwartz, a spokesperson for Mayor Bill de Blasio, said in a statement on behalf of the DOT that the city is “grateful for every school community’s flexibility and creativity as we navigate an unprecedented crisis.”

“We’ll continue evaluating the use of outdoor space, and we look forward to sharing more with parents and students in the coming weeks,” he said.

Laura Feyer, a mayoral spokesperson speaking on behalf of the Parks Department, said in a statement: “We are looking to maximize available space throughout New York City to serve children, but need to make sure they meet health and safety standards and staffing requirements.”‘We’re going to get our hands on everything we can get our hands on in the next month.’

When asked about the proposals at his daily briefing Monday, de Blasio said the city is searching for many types of extra space for schools — including indoor space sought in a citywide hunt for more square footage, as previously reported by THE CITY.

“We’re going to get our hands on everything we can get our hands on in the next month,” he said, adding that “in good weather, outdoors is definitely something that can add different options for schools.”

Schools Chancellor Richard Carranza said that he was open to outdoor classes, but added that, “as a teacher,” he had doubts about how such arrangements would work in bad weather.

Peña first heard of the idea to use streets as classroom space in a meeting with the district Community Education Council last month, and she soon started making inquiries to see how local schools could start organizing how to make it happen.

“That was the beginning of a nothingburger,” she said.

Peña is opting for all-remote learning for her children, but understands why parents — especially essential workers — need to send their kids to school in person.

To make outdoor learning a possibility, the school community needs guidance — and fast, she said.

“There’s a lot of logistics behind it and if you don’t give people an opportunity to organize around it, it’s not going to be helpful,” she said.

The article was published at Schools Seeking Space in Streets and Parks Stymied By City’s Inaction.