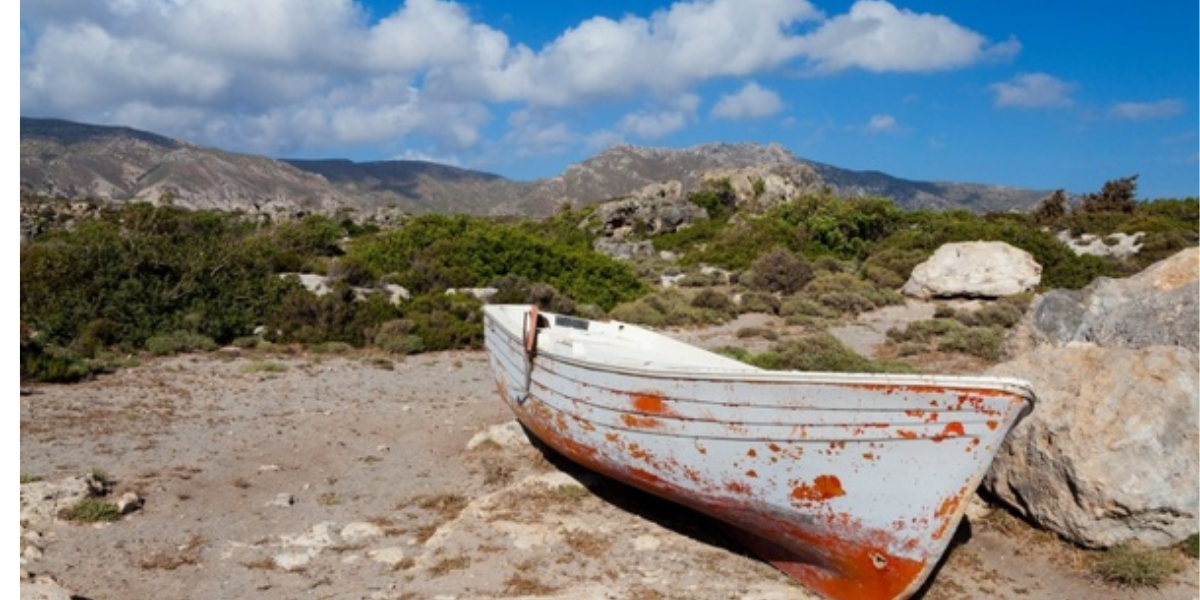 I’m writing this during a break at an academic conference on Literature and the Environment. We’re gathering as researchers in the environmental humanities to trade ideas, hear about new research, and to stock up on reading list material to share with our students in the coming year.

We’re interested in discussing what kind of stories succeed in informing and convincing people about the climate and ecological emergency and asking what the results of a successful story would look like. In this sense, literary critics, writers and artists are asking the same kinds of questions as the journalists working to find a “hook” to draw attention to the UN Climate Action Summit in New York or the forthcoming IPCC special report on the oceans.

Indeed, at our 2015 conference, the BBC’s environment analyst Roger Harrabin spoke to us about the pressure of journalistic formats which insist on short, sharp reports covering clearly defined stories, leaving little room for explanation of complex environmental politics or the nuances of scientific findings. In a news cycle already working at hyperspeed and weighted with “big” stories from day-to-day politics, the environment often struggles to make itself heard in its 30-second slot, even if in the long term it may prove to be the biggest story of all.

In our little corner, we eco-lit nerds are into everything, and will huddle happily all day long to listen to papers about the weather in medieval literature, the punk anthropocene, allotment poetry or who did the gardening in Milton’s Eden. But we’re only too aware – occasionally paralysingly so – of how pointless and navel-gazing it might seem to talk about stories representing climate emergency or our relationship with the environment, when the results of that relationship and that emergency are already being experienced around the world.

This prompts questions akin to the environmental journalist’s dilemmas: how to convey accurate science to non-scientists? Is it better to inspire or terrify? Is it OK to be entertained by stories of apocalypse or environmental disaster? Are our established forms and genres able to tell the stories we need to share?

Climate change is speeding up

One thing we have learned is there’s no sense waiting for a single “hero” book that will affect hearts and minds and prompt the kind of universal political action that Greta Thunberg and the school strikers rightly demand. At our conference, Adeline Johns-Putra, who has written extensively about the emergence of “cli-fi”, suggested that the “ethical efficacy” of literature in climate debates now arises not from single works but from the increasing ubiquity of environmental themes and settings. Awareness is emerging in every genre and form, and is no longer confined to the nature writing or cli-fi shelves.

Novels still have the power to affect the way societies see themselves: Margaret Atwood’s sequel to The Handmaid’s Tale has been eagerly awaited worldwide, for instance, while Nineteen Eighty-Four remains part of the vocabulary through which we understand political tyranny. But when it comes to climate change, we haven’t always had faith in our inherited literary modes and narrative structures to encompass such a huge and unimaginable catastrophe.

Back in 2005, Robert Macfarlane talked about the “creep” of climate change, how the slow motion disaster of ecological decline didn’t lend itself to the crash-bang dynamics of the apocalyptic imagination. Nearly 15 years later that creep is closer. It has picked up pace, we feel a greater sense of urgency. We’re discovering the horrible domino effects of climate change events, where an alteration in one area of the biosphere hastens and worsens effects in another, creating feedback loops: for example, “abrupt thawing” in the Arctic will release ancient greenhouse gases, which will hasten the atmospheric changes which cause the thawing.

Where climate change might have once been to difficult to portray due to the challenge of representing a slow apocalypse, we’re entering a speedier phase, with record-breaking temperatures every summer and “abrupt” environmental disasters occurring more often. Maybe the long-form novel is now too slow to keep up.

Of course literature is not the only place to offer us ways of imagining the future. No doubt some of the excitement about Atwood’s sequel is fuelled by the success of the HBO adaptation of The Handmaid’s Tale. The dystopian thriller or sci-fi has become a staple of recent serial TV (Black Mirror, Extinct, 3% among many others.) Floods and extreme weather events become part of the backdrop to a range of genres, from the lyrical drama of Beasts of the Southern Wild to the schlocky horror thrills of Crawl. And beyond literature, film or television – our usual sources of story – gamers are immersed in apocalyptic landscapes and eco-dystopia in video games like BioShock, Fallout and The Last of Us.

We’re entering a phase where a sense of ecological and climate crisis haunts stories which are not consciously environmental narratives at all. The crisis must be part of the backdrop of any story set in this and future worlds and an inescapable part of our readerly mindsets when we look back at the literature of the past.

We ecocritics will get together in another couple of years. I don’t know where our stories will be by then: I hope they’re optimistic ones. But one thing is for sure, all our narratives – whether they’re horror films, love stories, allotment poetry or children’s books – are Anthropocene stories now.

The article was published at A sense of climate crisis now haunts stories which aren’t even about the environment.