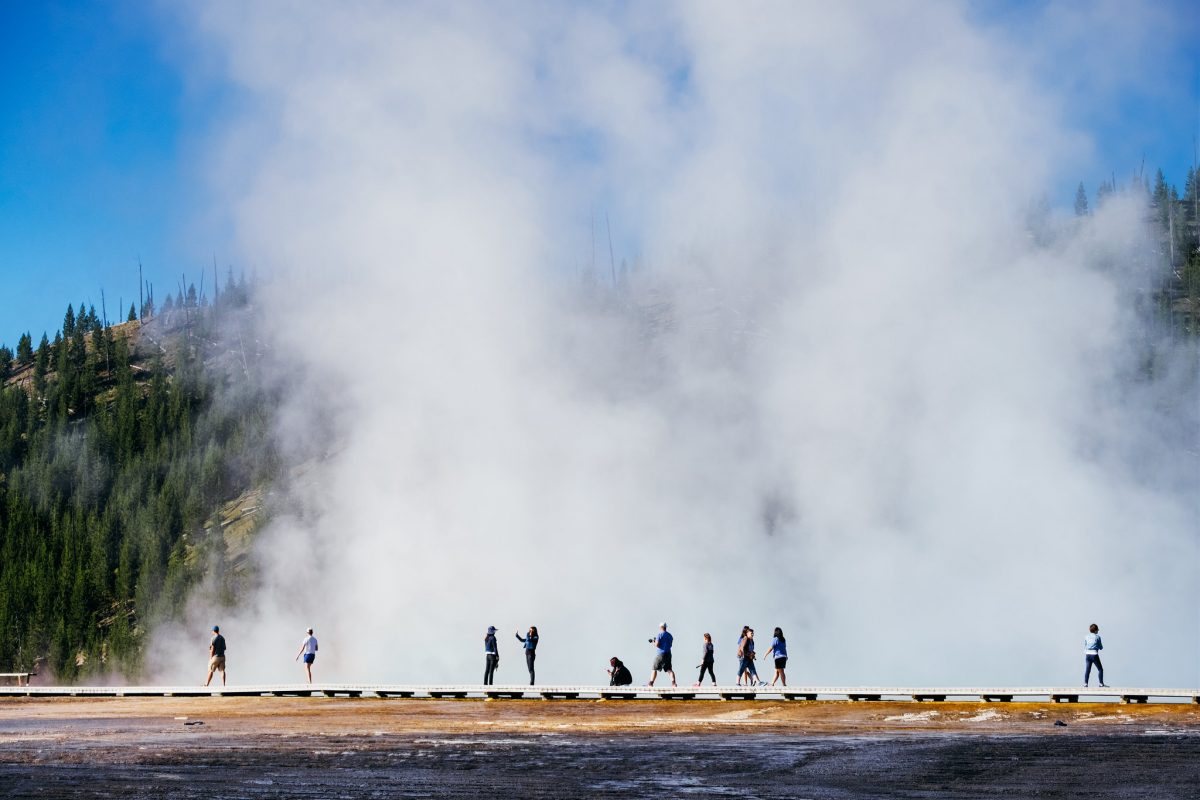 The organization that carried grandiose visions in 2016 when the Yellowstone Park Foundation and the Yellowstone Association merged today is largely a shell of itself, having shut down the venerable Yellowstone Institute and terminated half its staff, including its vice president of operations and the teams that worked under him. Now on its third CEO, the nonprofit has invited real estate agents to look at some of its properties, decided it couldn’t afford to run Institute programs even on a limited basis this summer, and is continuing to explore further cost-cutting.

The problems possibly could have been avoided with some fiscal prudence over the years, say some familiar with the internal operations.

“For a significant period of time from the merger on, we spent money we didn’t have, we spent money that shouldn’t have been spent,” said Rob Bush, Yellowstone Forever’s vice president for operations until he was let go June 5.

A former Marine who came out of retirement to work for the Yellowstone Association, and then Yellowstone Forever, or YF as it’s referred to, Bush doesn’t have an axe to grind for losing his job. He’s secure. But he is greatly concerned about the other 32 YF employees who lost their jobs earlier this month, who need to pay mortgages and feed their families. He believes it wouldn’t have come to that if YF’s executive staff and board of directors had paid close attention to revenues and expenses.

Great anticipation surrounded the news in 2015 that the Yellowstone Park Foundation and the Yellowstone Association would merge. In a joint news release the groups said their union would create a single nonprofit organization with more than 50,000 supporters. The combined organization would be more flexible and able to respond more effectively to the needs of Yellowstone National Park, they said.

His counterpart at the Yellowstone Park Foundation, Karen Bates Kress, said that not only would the new organization “have a responsibility to the employees, members and donors of both organizations to continue our mission to serve one of our nation’s crown jewels, Yellowstone National Park,” but added that “We believe combining both organizations will result in a more responsive organization that will better promote, protect and enhance the Park experience for the millions of visitors each year.”

Smoothly meshing two organizations with two differing missions, though, is challenging at best. The Yellowstone Association had for eight decades focused on an educational mission, and marketed it through bookstores and the Yellowstone Association Institute’s programs in the national park. The Yellowstone Park Foundation had worked since 1996 to raise philanthropic dollars to fund such park programs as wildlife research, cutthroat trout restoration, trail maintenance, and youth education.

Both nonprofits had commendable track records:

The stated intent of the 2016 merger was to create a “new model” of national park philanthropy. While the Yellowstone Association brought assets of $13.6 million to the marriage, the Yellowstone Park Foundation came with $7.2 million. But over the past four years that nearly $21 million has slowly but steadily declined. For Fiscal 2019, the organization showed an annual budget deficit of nearly $4 million, which dropped net assets to $14.5 million; the bulk of those assets, $10.5 million (after depreciation), were in land, buildings, and equipment.

Most of the real estate holdings were brought to merger by the Yellowstone Association.

High expectations for the newly created YF didn’t seem to last long. Internally, there were concerns among Yellowstone Association staff who came to the new organization that their education mission would be lost. While there were assurances that wouldn’t happen, differing views of moving YF forward at one point led a number of board directors who came from the Yellowstone Association to resign en masse from the YF board.

By 2018, the board of directors appeared to contain just one member, Tom Detmer, who had come to the merger with the Yellowstone Association. Nine were from the Yellowstone Park Foundation.

“The YPF board took over,” said Zack Park, who had worked for the Yellowstone Association since 2013 and was director of operations for the Institute at the time he was let go in May. “We [YA] were thriving. We were absolutely thriving. The Institute was consistently on the upward trajectory as far as revenues, as far as program participation. I think it’s important to note that year for which that last 990 covers [2018], that was a low year because one of the park hotels [Mammoth Hot Springs Hotel] that we used extensively for programs was closed for renovations.”

Still, “we were looking at what was about a 10 percent increase in tuition revenue over the previous year,” Park went on, “so it was a real great year, and we were trying to message that out. But it was clear that that’s a message that wasn’t supported by some folks at the top. Ultimately, we were successful, and now they’re trying to say the Institute loses money, and the only way I can explain that is the only reason we lose money is all the expense that was allocated to our department.”

According to Park, when the numbers were being prepared for the FY2019 990 (990s are the tax statements nonprofits must file annually with the IRS), which covered March 1, 2018-February 28, 2019, the Institute’s financial position was artificially dragged down.

“I’m the director of [Institute] operations, so I’m responsible for the oversight of the budget and a lot of resources,” he explained. “The actuals we got from our finance office, our CFO, showed that for that period of time our expenses were about $1.3 million. And that includes allocations like HR, IT, cross-departmental allocations. But then after they showed it to us, they dumped about another $2.3 million in allocated expenses below the line. So we went from being a half-a-million dollars in the black that fiscal year to being $1.7-$1.8 million in the red.

“And it has everything to do with this huge amount of organizational expense that our CFOs have been essentially conspiring with the board to allocate, knowing that how they allocated and how it appears on the 990 can serve as support for a narrative that they’ve been trying to spin.”

Heather White, YF’s original CEO who stated when the merger was announced that the new organization would be “a powerful force for education and philanthropy to protect this wonderland that we love so much,” also did not return a phone call seeking her perspectives on what went wrong.

“It’s very clear that when this top-level leadership was brought in after the merger, they operated like we had endless money to spend,” said Park. “Like once the merger happened we were going to be a national brand like Coca-Cola. ‘Don’t worry about it, tons of people are going to give us money.’ I’ve seen the invoices. I’ve seen what had come through, and folks working in the finance office were alarmed.

“There was simply no action taken to slow the spending,” he said.

To run any business, for-profit, not-for-profit, or nonprofit, you need to stay on top of your financial ledgers. How much money is coming in and from where, how much is going out and for what. Computer software can help staff easily can track that and spit out profit-and-loss (P&L) statements.

Also reflected in a nonprofit’s books should be segregated “restricted” donations, or contributions for a specific project; in the case of YF, whether the donations were for wolf research in Yellowstone or youth education.

Park’s description of how his budget suddenly was weighed down by $2.3 million from some other department’s expenses was not an isolated episode, according to Bush.

“If money is being utilized by a particular department to raise money, but those expenses are allocated somewhere else, when you look at the net, it looks better than it really is,” he said. “And it may be perfectly legal to do so, but if you’re making business decisions on that — which is really bad business by the way — if you’re making business decisions on that kind of thinking, you essentially look at it and say, ‘We’re doing great, let’s keep doing this because it’s working.’ Well it’s not working. You can’t be sure it’s working.”

The 990 forms that YF was required to file with the Internal Revenue Service each year don’t offer much of a track record, as only three have been filed since the merger. The first, for 2016, shows the organization took in $4.5 million in contributions and grants, and had nearly $5.7 million in expenses, for a $380,323 shortfall for the year.

The article was published at Yellowstone Forever is on the ropes.