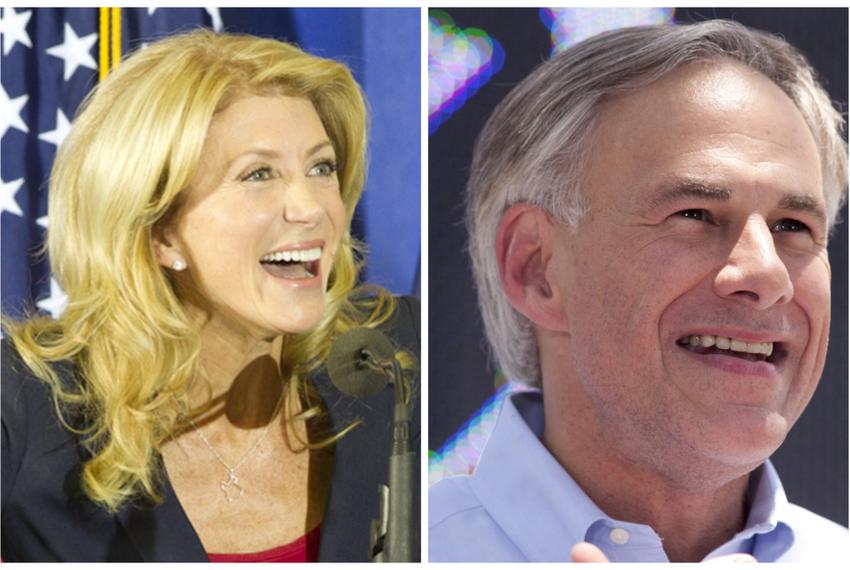 The political conversation is wasting no time in 2014 pivoting to what is expected to be the biggest story of the year — the November clash between Greg Abbott and Wendy Davis for governor. Pushing the narrative on New Year’s were the following pieces:

•    The Texas Tribune’s Jay Root had a comprehensive table-setter in which he wrote: “Welcome to the marquee political contest this year in Texas, where the gubernatorial primaries are all but decided and both candidates are looking toward a November showdown with knives drawn. ‘I’m looking for both of the campaigns to get very aggressive as soon as they find it strategically sound,’ said Jim Henson, a Texas Tribune pollster and the director of the Texas Politics Project at the University of Texas at Austin. ‘I would expect that ethics and character are going to be big parts of both of those efforts.’”

•    The Associated Press’ Paul J. Weber focused on the expected Davis-Leticia Van de Putte ticket for the Democrats. “If Davis and fellow state Sen. Leticia Van de Putte, who is running for lieutenant governor, prevail in their March primaries as expected, they’ll form what political experts say is only the fifth time in at least the past 20 years that a party has nominated two women for a state’s top offices. None of these pairings has ever won — nor have a woman governor and lieutenant governor ever served concurrently.”

•    Interest in the Davis-Abbott race is evident outside the boundaries of the Lone Star State. Politico listed the Texas governor’s contest as No. 9 in the nation. “Polling thus far shows Abbott with single- to double-digit leads over Davis, and most observers think a Davis victory would be a stretch — but that doesn’t mean it won’t be one of the most interesting contests of the year.”

•    The Houston Chronicle’s Peggy Fikac addresses all those other nagging questions about the candidates — does Abbott countenance beans in his chili? — in this round-up of a questionnaire on the candidates’ personal quirks.

•    Texas finance panel’s actions attacked (El Paso Times): “In 2012, the Texas Finance Commission, headed by a payday-lending executive William J. White, tried to get the Legislature to block local ordinances aimed at protecting consumers. The Texas Municipal League says the commission’s resolution likely was illegal and it showed that the commission was more concerned with pleasing payday lenders than with fulfilling its responsibility to protect Texans.”

•    State board could wade into controversy in social studies textbook review (Austin American-Statesman): “No longer the gatekeepers to Texas classrooms, board members were able to strike a balance between being hands-off and heavy-handed for the science review. But social studies, a field littered with ideological land mines, might prove a greater challenge.”

•    State agency expands investigation into charter school co-founded by Deion Sanders (The Dallas Morning News): “A more minor TEA investigation of the charter school co-founded by retired NFL star Deion Sanders was made public in December. That investigation has since been greatly expanded to include allegations ranging from failure to comply with criminal history reviews to possible violations of the National School Lunch Program to spending state funds on unallowable expenses.”

•    Boehner Is Said to Back Change on Immigration (The New York Times): “Speaker John A. Boehner of Ohio has signaled he may embrace a series of limited changes to the nation’s immigration laws in the coming months, giving advocates for change new hope that 2014 might be the year that a bitterly divided Congress reaches a political compromise to overhaul the sprawling system.”

•    Optimism renewed for action on immigration (Houston Chronicle): “Immigration advocates are repeating the same chorus they were 12 months ago: This will be the year for reforms. … But after the House refused to take up a comprehensive plan passed by the Senate, advocates are back where they were a year ago. Rep. Henry Cuellar, D-Laredo, said he thinks the House Republicans’ plan of a piecemeal approach may be more palatable than the comprehensive overhaul the Senate tried last year.”

•    Bud Kennedy: Republican gains at risk with party’s immigration divide (Fort Worth Star-Telegram): “Texas Republicans have nine weeks to make decisions that might haunt them for years. Depending how the March 4 party primary campaign goes, Republicans can either lead Texas or lose it in coming years because of party positions on immigration enforcement.”

Quote to Note: “Unfortunately, it doesn’t surprise me that some candidates in a primary are trying to make a name and get a few votes. But it also wouldn’t surprise me if after the primary, the candidates move to the center and support reform. For Republicans to stay in leadership in Texas, we must properly address immigration.” — Fort Worth Republican strategist Juan Hernandez, on the conflicting trends in the Texas GOP’s politics