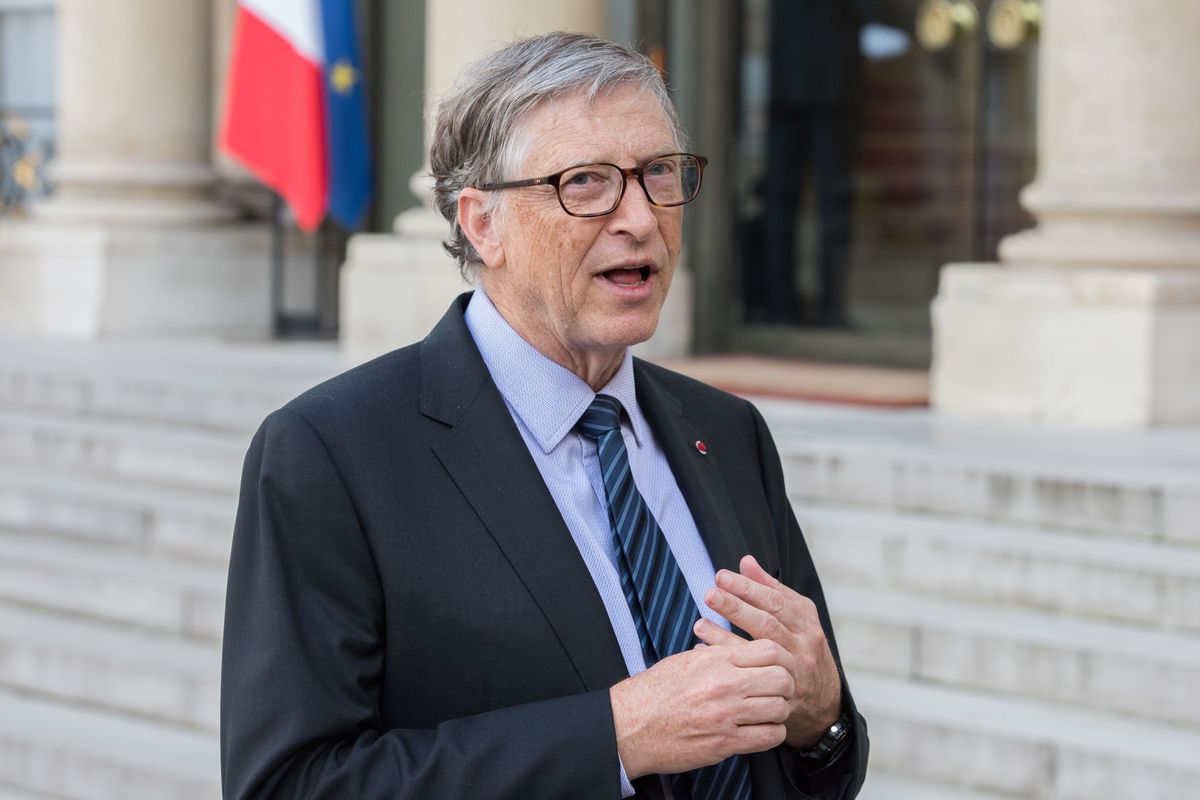 The state of New York is tapping the Bill and Melinda Gates Foundation to “reimagine” education and virtual schooling as millions of students learn from home amid the coronavirus pandemic.

Gov. Andrew Cuomo offered few details on Tuesday when announcing the partnership with the foundation, except that it will be focused on technology and “what education should look like in the future.”

Schools buildings will remain shuttered the rest of the academic year, and students may continue to do some form of remote learning as buildings open next year with potentially new social distancing rules.

The foundation will bring together “national and international experts,” and offer “expert advice as needed,” according to a press release from the governor’s office.

The state will not be paying the foundation for its work, and it’s too early to tell how long the partnership will last, a spokesperson for the governor said. (The Gates Foundation is a funder of Chalkbeat).

The state was not properly prepared for remote education as millions of New York students began online learning in March, Cuomo said.

While praising educators for their work over the past seven weeks, he also said schools are still working to get computers and tablets to students, and that some teachers lacked the right training in the technology they would use to teach students at home.

“Let’s take this experience and really learn how we can do differently and better with our education system in terms of technology and virtual education,” Cuomo told reporters.

He posed several questions he wants to explore, such as how technology can “meet the needs of students with disabilities,” how to give teachers more tools to use technology, and how schools can use “cloud virtual” learning to teach large classes of students.

The Gates Foundation has in recent decades been the country’s most influential education philanthropies, shaping district and federal policy, with mixed and controversial effects.

A Gates-funded evaluation eventually found that teacher evaluation reform was ineffective in a number of districts. An older Gates-backed effort to create small high schools yielded encouraging results in New York City, according to a 2019 study.

The foundation has also previously invested heavily in trying to use education technology to “personalize” learning, again with mixed results.

More recently the foundation has pivoted to backing networks of schools that work together to continuously improve academic performance. This was touted as an effort to emphasize the ground-up efforts of local educators.

After hearing the governor’s remarks, the state teachers union pushed back on the idea of using technology to rethink what schooling looks like in New York.

“Remote learning, in any form, will never replace the important personal connection between teachers and their students that is built in the classroom and is a critical part of the teaching and learning process,” said Andy Pallotta, president of the state teachers union, in a statement.

“[That] is why we’ve seen educators work so hard during this pandemic to maintain those connections through video chats, phone calls and socially distant in-person meetings.”

Some state education officials have previously bristled at accepting grants from the foundation.

The state education department did not say whether it’s involved in the partnership and deferred questions to the governor’s office, which did not immediately describe how, if at all, education officials are included.

The department recently announced plans to launch its own task force to guide school reopenings — after Cuomo announced a separate task force that had no current K-12 educators on the list.

A spokesperson for the Gates Foundation said it has “committed to work with New York State on its efforts to ensure equitable access to education for its students in response to the COVID-19 pandemic.”

The organization declined to answer specific questions, saying, “We will provide further details as they become available.”

In response to the coronavirus pandemic, the Gates Foundation previously told Chalkbeat that it is focusing on expanding “access to interactive, student-facing digital content and high-quality print materials” and “supporting data collection efforts to understand the impact of COVID-19 on educators and families.”

New investments for technology could be a costly endeavor at the same time New York is dealing with a financial crisis, opting to shift a higher burden of cost-cutting on high-poverty districts.

Educators and elected officials have raised concerns about budget cuts leading to a loss in academic, social, and emotional resources for students, such as fewer guidance counselors, at a time when students may need those supports the most.

“What worries me is the idea that somehow, this is the time to reimagine education, and we can somehow do that cheaply, when in fact I think a lot of investment may need to go simply toward stopping the bleeding,” said Sarah Reckhow, an assistant professor of political science at Michigan State University, who has studied education politics and philanthropies.

The foundation has developed a reputation for having a “somewhat top-down, technocratic” approach with its work, Reckhow said, so she expects some concern about “how teachers’ voices, how families and students, and the incredibly diverse circumstances that families are dealing with right now will be represented in any process that will reimagine education.”

The article was published at Cuomo Swings to Gates to “Reimagine” New York Schools.