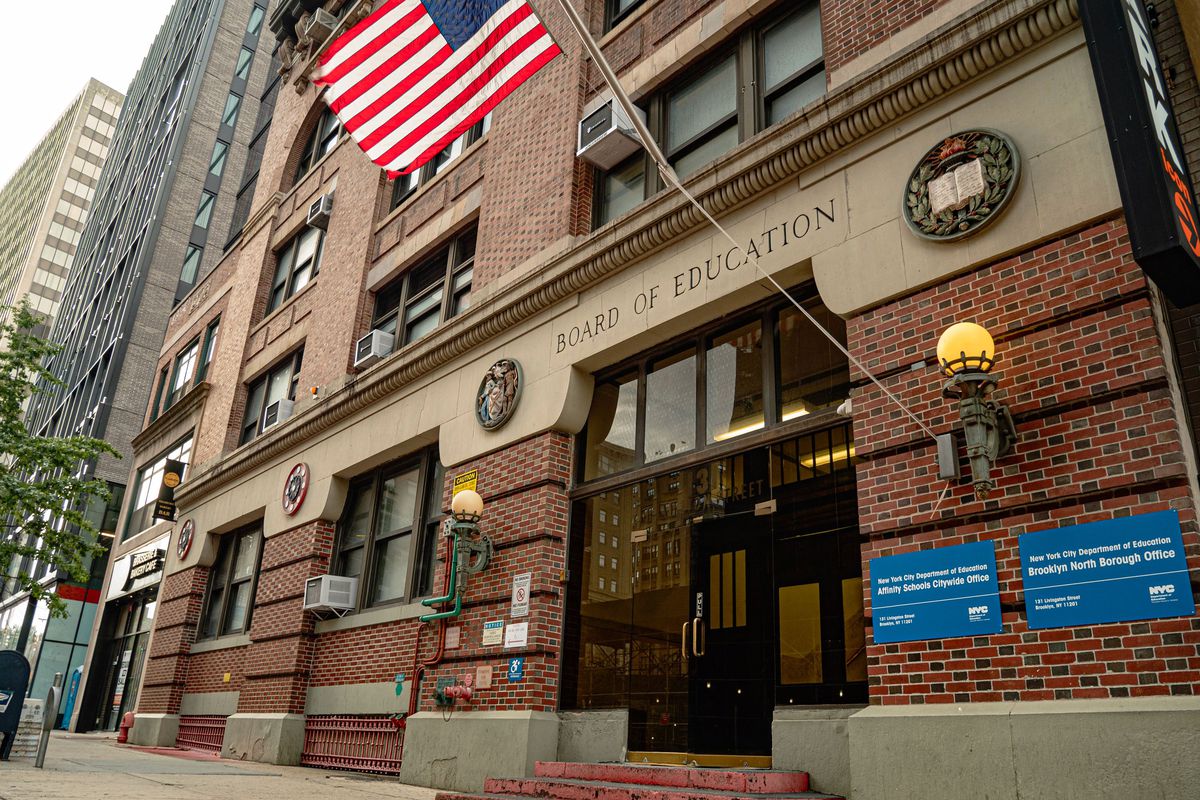 With a massive backlog of special education complaints deepening the crisis at New York City’s hearing office, state officials are eyeing changes — including eliminating the requirement that those overseeing cases have a law degree.

Families can file complaints because they are not receiving mandated services, such as physical therapy or counseling, because they believe their child is in the wrong academic setting, or because the child has learning needs that they say can only be addressed in a private school and want the city to cover the tuition.

As of this month, the city is facing a backlog of roughly 10,200 such cases, and more than 1,300 haven’t even been assigned to a hearing officer, owing to a shortage of people willing to do this work.

At the Board of Regents’ monthly meeting on Monday, state officials presented some solutions, including no longer requiring hearing officers to be attorneys, boosting their pay, and requiring them to handle a certain number of cases. They will recommend a final list of changes around March, after gathering more feedback, said Interim Commissioner Shannon Tahoe.

“This [issue] is one we can get our hands around, and we can find solutions,” said Vice Chancellor T. Andrew Brown.

Currently, only attorneys licensed to practice law in New York with at least two years of experience in education, special education, disability rights or civil rights can serve as a hearing officer. If the state drops that requirement — potentially a temporary change until the backlog improves — New York would be in the company of just eight other states that don’t require hearing officers to have a law degree.

The special education cases often turn on legal issues about what students with disabilities are entitled to under federal and state laws, raising questions about whether non-lawyers would be equipped to properly handle the cases.

Deusdedi Merced, a longtime special education attorney who reviewed New York City’s hearing system for the state last year, said it’s possible to “teach the law” to non-attorneys, and it’s equally important to find “bright people who can answer questions on the spot, who have great temperament, who can sit as a judge.”

A few Regents, including Chancellor Betty Rosa, seemed confident that the five-day training currently required for hearing officers, which includes an exam, would be sufficient and is “extensive.”

“I am a big supporter of loosening up this issue with safeguards, obviously, and controls about who gets involved with this process,” Rosa said.

The city has been working with the state on “improving the process and reducing delays,” Danielle Filson, spokeswoman for the New York City education department, said in a statement.

“We have a shared goal of ensuring our students and families can pursue their due process rights quickly, and support changes the State can make to expand the roster of impartial hearing officers in New York City,” Filson wrote.

But some advocates criticized the proposal, saying that hearing officers must have a solid understanding of state and federal statutes and legal procedures. They also worried it could gum up the appeals process if decisions are issued with faulty legal reasoning.

“Reducing the qualifications is misplaced,” said Sandra Robinson, a lawyer with the New York Legal Assistance Group, which provides legal assistance to low-income clients. “It really requires someone who has access to the federal cases and can assess how the jurisprudence is changing.”

Officials acknowledged that easing the requirements alone won’t eliminate the backlog. That’s because, in addition to the volume of new complaints, hearing officers have said they have stopped taking cases because the rates they’re paid for the work are relatively low and haven’t increased in 18 years. In addition, the city has previously failed to pay them on time, though city officials have said that issue has been resolved.

The Regents are also considering requiring local districts to establish pay rates that ensure enough hearing officers are available to work at any given time.

“In the last year, many of the hearing officers have removed themselves from being available to take cases because they have had to move forward to look at other employment opportunities in order to make ends meet,” Merced told the Regents.

The state education department is responsible for overseeing the program, including hiring hearing officers and setting the maximum pay rate. But the city is responsible for administering the hearing office and typically pays officers for set tasks, such as writing an opinion. Officers sometimes end up earning less than half the $100-per-hour maximum set by the state for certain tasks, a disincentive for taking on complex cases.

Those issues have meant that just a handful of hearing officers have been willing to take on new cases — and, sometimes, no one at all is available — leaving those adjudicating cases with massive caseloads. One hearing officer had 1,713 open cases on his docket at one point last year.

Advocates have previously urged city and state officials to take some of the steps discussed Monday, including increasing compensation and ensuring that the caseloads are more evenly distributed. State officials are also considering requiring a pre-hearing conference as an effort to avoid delays, establishing a minimum and a maximum number of cases hearing officers can take on, and allowing the use of video conference and telephone testimony to address scheduling problems.

In the meantime, the backlog of cases means that they often go unresolved for months at a time. By law, the process is supposed to take no longer than 75 days, though cases are now stretching, on average, to 259 days in New York City. The result: Students may go for the better part of a year without the services to which they’re entitled.

Nelson Mar, an attorney at Bronx Legal Services, stressed that the changes that state officials are considering won’t address the root causes of the increase in complaints.

“The bigger issue is the DOE is just not doing right by students with disabilities,” Mar said, noting that learning plans often don’t include services students need. “More and more parents are aware that they don’t have to just accept the crumbs the DOE is giving them.”

Final recommendations are expected to be presented to the Board of Regents around March. State and local education officials would be tasked with implementing any changes the Regents approve.

The article was published at State Could Ease Requirements for Officers Hearing Special Education Cases.