Please ensure Javascript is enabled for purposes of website accessibilityNovember election could shake up the IPS board. Here’s who is running for reelection – Boston Daily Post
Skip to content 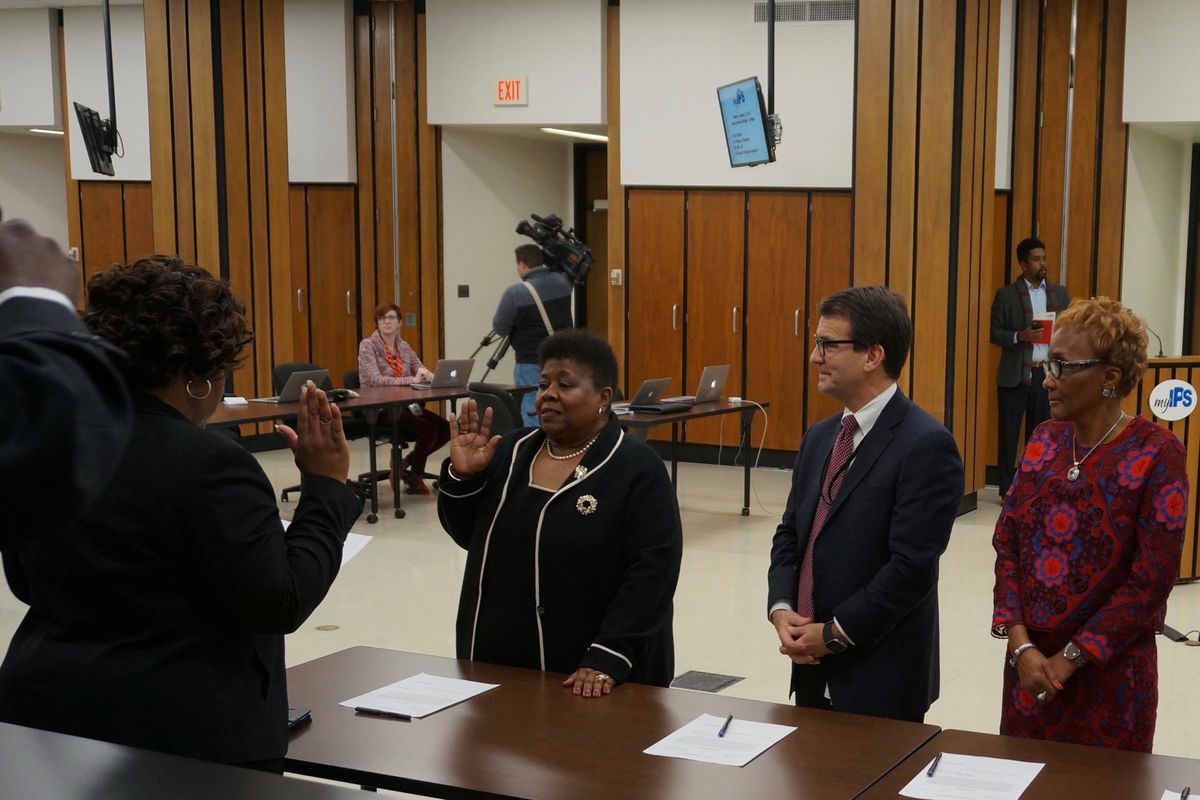 At a meeting to select Indianapolis Public Schools board leaders, attention quickly turned to the November 2020 election. Four seats are on the ballot, and the results could help shape the direction of the state’s largest district for years to come.

The board has an unofficial practice of not choosing members who are up for reelection to serve as officers. Once O’Connor announced that he did not intend to seek another term, the board unanimously approved his selection as president for the third year in a row.

Although the board does not split precisely along ideological lines, some members are more critical than others of the current administration, led by Superintendent Aleesia Johnson, and its policies, such as collaborating with charter schools.

If skeptics of the current administration win two or three of the seats in November, it could shift the balance of power on the seven-member board. Supporters of school choice-friendly policies have controlled the board for several years, allowing former Superintendent Lewis Ferebee to reshape the district. In 2018, however, two union-backed candidates who were critical of Ferebee’s administration defeated incumbents to win seats.

With the election 10 months away, it is not yet clear who else may run for the open seats.

Arnold, a veteran board member, said that she was running for reelection because she wanted to see the district stay the course.

O’Connor joined the IPS school board in 2015, when he was chosen to fill a vacancy and then won reelection in 2016. A veteran political operative, O’Connor is a lobbyist for Eli Lilly and Company and a former Indianapolis deputy mayor under Mayor Bart Peterson.

“I really appreciate the service you’ve given to our students and to the district, and I have a great deal of respect for your leadership over the past few years as president,” said Arnold, after O’Connor announced he would not run again.

Board member Evan Hawkins, who was elected in 2018, was chosen as vice president with votes from Arnold, O’Connor, Moore, Susan Collins, and himself. Board member Taria Slack voted for herself, as did Gore.

The board president has some official responsibilities, such as leading public meetings and signing agreements on behalf of the district. But the influence of the role is also shaped by the person holding it. O’Connor took the lead as the district searched for a new superintendent last year. And board leaders sometimes play an active role in shaping district policy.

The article was published at November election could shake up the IPS board. Here’s who is running for reelection.