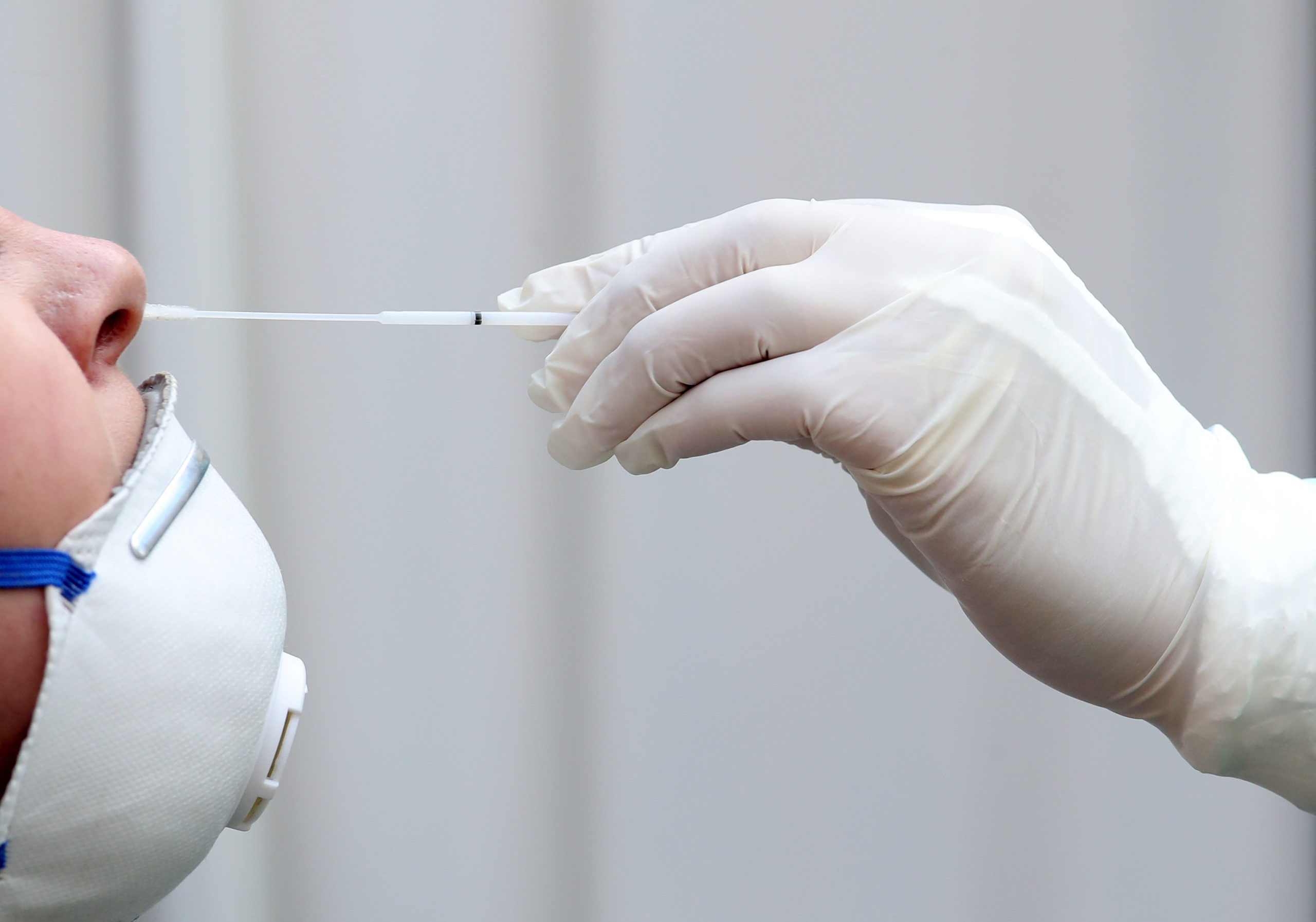 On Thursday, Governor Michelle Lujan Grisham announced 238 new cases of COVID-19 and six new deaths related to the disease. It’s the eighth consecutive day of 200+ single day increases in cases found by the state Department of Health. New Mexico has now had a total of 14,251 COVID-19 cases. The state has seen 3,068 new cases in the last 14 days, representing a 20 percent increase.

“The trends are frankly not going in the right direction,” Lujan Grisham said during a press briefing Thursday afternoon. “We are starting to see the kind of community spread that is creating spikes across the country and unfortunately they’re creating the same kind of spikes in New Mexico.”

The state processed 6,194 tests since Wednesday, with 3.8 percent of those tests being positive. That’s down from Wednesday’s positive test rate of 6.52 percent. The positive test rate has increased in recent weeks after reaching as low as 2.5 percent in the seven-day average in June, according to Johns Hopkins University.

The six new deaths include two individuals in their 30s, including one healthcare worker. The state has now identified 533 total deaths related to COVID-19.

The new deaths are:

The state did not disclose which underlying condition each person had before their death, only if one was present.

There are currently 154 individuals hospitalized, the same number of individuals as reported yesterday. Lujan Grisham said 32 individuals are now on ventilators. At its peak, the state had 223 people hospitalized for COVID-19 on May 15.

As of Thursday, 6,118 individuals have recovered from COVID-19, an increase of 67 cases since Wednesday.

The state’s coronavirus information page said that 395,881 COVID-19 tests have been processed as of Thursday, an increase of 6,194 tests since Wednesday.

The state also provided the total number of confirmed cases per county, with the number of confirmed cases in detention centers that house state and federal inmates separated from the counties in which they are located. Two previously reported cases (one in McKinley County, one in Sandoval County) were identified as duplicates and two other cases (one in Santa Fe County, one in Valencia County) were not lab confirmed. The county totals for COVID-19 cases, including the newly announced cases and the corrections, are:

DOH reported the numbers of COVID-19 cases among individuals held by federal agencies at the following facilities:

DOH also reported the numbers of COVID-19 cases among individuals held by the New Mexico Corrections Department at the following facilities:

DOH also reported that 23 long-term care and acute care facilities had at least one positive COVID-19 case in residents and/or staff in the last 28 days, a decrease of two since Wednesday.

The article was published at Another 200+ rise in new coronavirus cases for New Mexico.