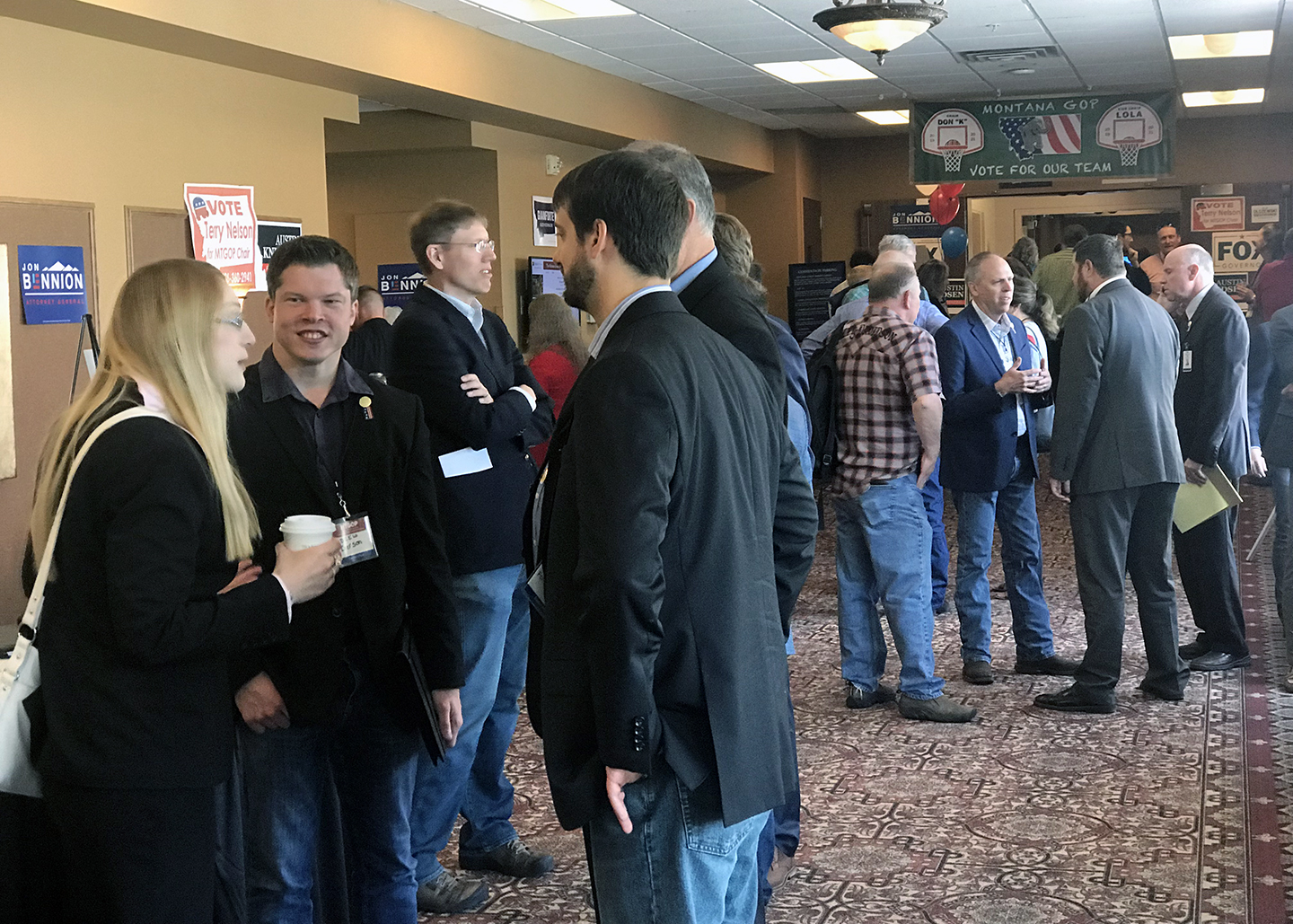 HELENA — The 2020 Republican field for governor shrank by one Saturday as Secretary of State Corey Stapleton shifted his candidacy to the U.S. House race.

“We don’t need a bunch more awesome people running for governor,” Stapleton told the Montana Republican Party Officers’ Convention. “What we really need is someone who’s going to take that congressional seat and work for President Trump.”

Stapleton, a U.S. Naval Academy graduate and former lawmaker from Billings, said he wants to help Trump fight socialism, which, he said, Americans thought was taken care after the “bloody world wars” of the last century. He said it’s imperative that Trump be re-elected next year.

“Bedside manner aside, he is going to do amazing things, and we need to get him a second term to continue the good work that he’s doing at great personal stress,” Stapleton said.

Fox, the state’s chief law enforcement officer, emphasized the need to keep Montana safe from “the flood of drugs and crime coming from the southern border.”

He backed Trump’s proposal to build a wall on the Mexican border.

“The solution must be a national effort,” he said. “We must secure our southern borders.”

Fox blasted Democratic Gov. Steve Bullock, who is running for president, for vetoing a 2019 bill that would have banned sanctuary cities in Montana, which would offer protections for undocumented immigrants. There are currently no such cities in Montana.

“I guess he cares more about the liberals in New York and California than he does about Montana,” Fox said. “When I am your governor, I will sign that bill and we will ban sanctuary cities from Montana forever,” Fox said.

Fox said he is serving out his full second term as attorney general and has kept his promises. He said he is proud of the many changes he and his team have made after Democrats held that office for 24 years.

Olszewski said a group of Republican legislators asked him to run for governor, calling him someone they could trust and who could lead by example.

He called for a united Montana Republican Party to elect a governor in 2020.

“The Republican Party in 2020 needs to be the party of health care,” said Olszewski, a physician. “Who else to champion that than a doctor?”

“If you want to go with a backpack and 50 pounds of freeze-dried foods, boy, we already have a place for you. But we’re not getting any younger. And if you want to go up to that lake that they’ve gated, where your grandfather took you and you want to take your grandkids, by golly, you should be able to get there by snowmobile or 4×4.”

Some Republicans said they expect state Auditor Matt Rosendale to enter the House race as well. Rosendale was the party’s nominee for the U.S. Senate in 2018, losing to Democratic incumbent Sen. Jon Tester. Rosendale was at the convention, but had no comments about his political plans.

Another potential Republican House candidate is Joe Dooling, a rancher from the Helena Valley and chairman of the Lewis and Clark County GOP Central Committee. Dooling wasn’t at this weekend’s convention.

Stapleton’s switch to the governor’s race is the second major switch in Stapleton’s political career. In 2014, he announced for the U.S. Senate, but decided to pursue Montana’s sole House seat instead after then-U.S. Rep. Steve Daines, now a senator, entered the Senate race. Stapleton was runner-up to the eventual winner, Ryan Zinke, in that primary.

Democrats running for the House in 2020 are former state Rep. Kathleen Williams, who lost a race for the same seat to Gianforte in 2018, and freshman state Rep. Tom Winter of Missoula.

The article was published at On the final day of GOP convention, Stapleton changes lanes, and Republican candidates for governor make their case.